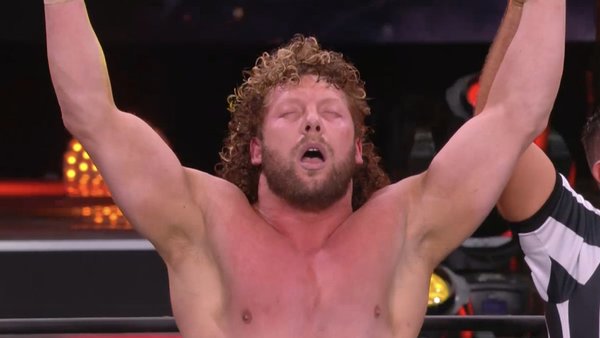 Kenny Omega and Adam Page were set to compete in the finals of the #1 Contender’s tournament for the AEW World Heavyweight Championship. Their match kicked off the Full Gear pay-per-view and it was certainly an excellent match as the former AEW World Tag Team Champions had an answer for each move.

It was an intense affair from the beginning of the match as both competitors were determined to become the victor. When all was said and done, it was Kenny Omega who won the match. The final moments of the match saw Omega hitting a One-Winged Angel on Page and secured the win.

He is now the new #1 contender for the AEW World Heavyweight Championship.

This is only the first match! Who takes the win in the AEW World Title Eliminator Tournament? @KennyOmegamanX? @theAdamPage? #AEWFullGear pic.twitter.com/DN31qn69Ty