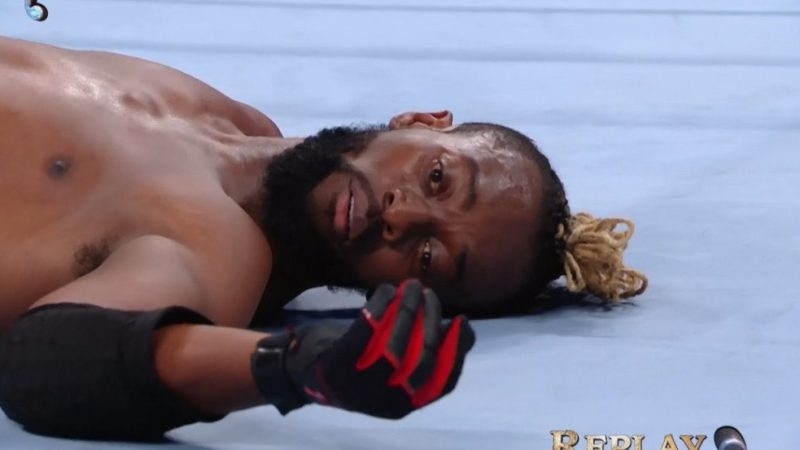 Kofi Kingston appeared to botch his elimination from the WWE Royal Rumble match, as he was unable to land correctly like he usually does for his spots where he expertly evades elimination.

Dolph Ziggler has been known to be a ladies’ man when it comes to hooking up with female stars. Sunny, anyone? Now, whether or not this photo proves any love connection between Dolph and the star is to be seen, but I’m sure he’s tried to put the moves on a few times…Sasha Banks Major WWE Match ‘Canceled’.

Dolph stated: “Happy Birthday to one of the greatest of all time @natbynature.”

Many fans of the two then followed in helping Dolph to wish Nat a happy birthday as well.

Throughout his WWE career so far, Dolph Ziggler has won over a dozen championships but most of them have been mid-card titles. Many fans believe that Dolph has the potential to be the main event star but he has never been booked strongly by the WWE creative.

Ziggler has been part of the WWE roster since 2004 when he signed a development deal with the promotion and he has been wrestling under his current persona since 2008.

Ziggler stated on Twitter to a fan who said he shouldn’t be champion: “The person with the most televised losses in WWE history should be champion, not the guy that wins 99.9% of the time? Bad take, bro.”

The person with the most televised losses in WWE history should be champion, not the guy that wins 99.9% of the time? Bad take, bro https://t.co/gVapM9viwh

While the 2022’s men’s Royal Rumble did not feature as many surprises as the women’s it did feature some memorable moments including the involvement of entertainers and A-listers, Johnny Knoxville and Bad Bunny as well as the return of ‘The Best in the World’ Shane McMahon.