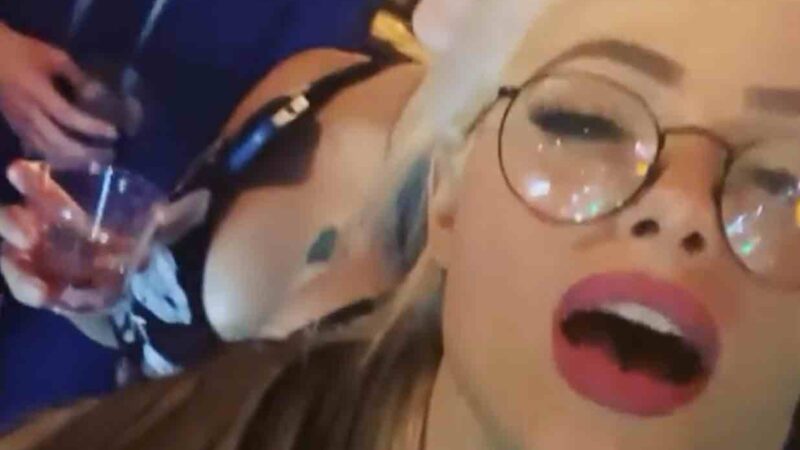 Liv Morgan posted a series of photos and videos from Corey Graves and Carmella’s wedding, including a very intimate video of Carmella and Corey dancing.

During WWE’s first-ever all-women’s premium live event called Evolution back in 2018, Nikki Bella faced off against Ronda Rousey for the RAW Women’s Championship. Bella would lose the match.

Nikki Bella recently spoke on the This is Paris podcast, where she talked about her match against Ronda Rousey and then proceeded to tease a match with her in the future.

“I think one day that I would like to relive was when we — once in like the lifetime of wrestling, we got to have an all-women’s pay per view, and Ronda Rousey and I main-evented it with Brie. It was historic and just what we fought for, and I remember I was going through a lot mentally at that time and had to hide it because I was going through my breakup. It was already an epic moment but inside, I know it could be even more epic. Evolution, I’d relive it and I’d beat Ronda, I wouldn’t lose, I’d beat her.”

During a recent interview with MMA Fighting, Julianna Pena would state that Ronda Rousey is a ‘sellout’ Credit to the outlet for the below.

“She’s kind of a joke in the MMA world now, because she’s a — what is the word? — sellout. Like, a little bit of a sellout there. I mean, I guess I understand, right? It’s like, pro wrestling is fake, you get paid millions of dollars, I get it. “But for me, for real shit, for like the ‘You’re the real, real deal,’ I would say that that’s in the UFC. And if she ever wants any of that real smoke, I’m ready.”