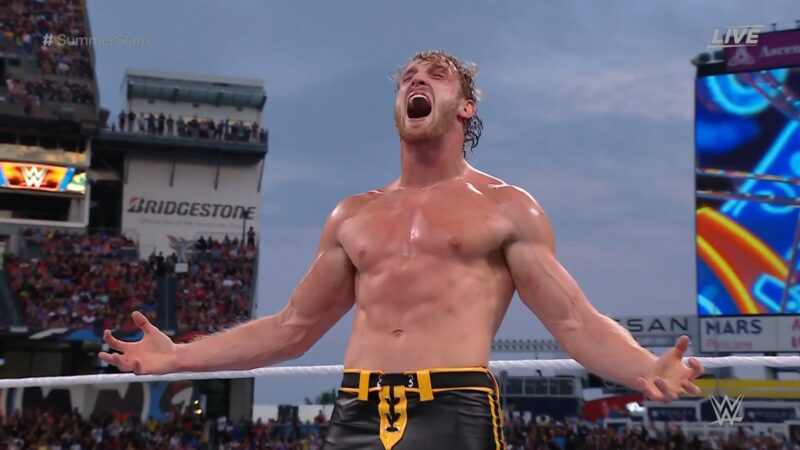 
That match had a lot of time cut because Miz and Logan went long. HOW ABOUT WE CUT SOME VIDEO PACKAGES INSTEAD OF TIME OFF MATCHES?

The former WWE RAW Women’s Champion Becky Lynch recently came across the injured WWE star Big E at the backstage area during the recent WWE tryouts. It was noted that that they shared a tender moment. Now, in a video  clip from the WWE tryouts, ‘Big Time Becks’ was seen meeting the former WWE Champion and hugging him. They were seemingly quite emotional in the moment.

So sweet … @WWEBigE and @BeckyLynchWWE back together at the WWE Tryouts #SummerSlam pic.twitter.com/8nmmdvOR6m

Big E had endured a career-threatening neck injury on an episode of WWE Friday Night SmackDown in March. He was certainly gearing up for the WWE WrestleMania 38 premium live event. The former WWE Champion was involved in a tag team match alongside Kofi Kingston against Sheamus and Ridge Holland. There was a spot during the match where Holland tossed Big E at ringside with a belly-to-belly suplex, but he dropped him on his head causing the awful injury. The medical team immediately attended Big E while New Day member Kingston finished the match. Ridge Holland had also visited E in the hospital.

“Because he [Big E] is so strong and thick, his body was able to hold things together. He didn’t need any surgery. We were just thankful that the injury wasn’t a lot worse than it was. As bad as it was, it could have been a lot worse,” said Kofi Kingston.

Recently, Xavier Woods also suffered a horrible leg injury after he was brutally attacked by the Viking Raiders on the SummerSlam go-home edition of SmackDown.