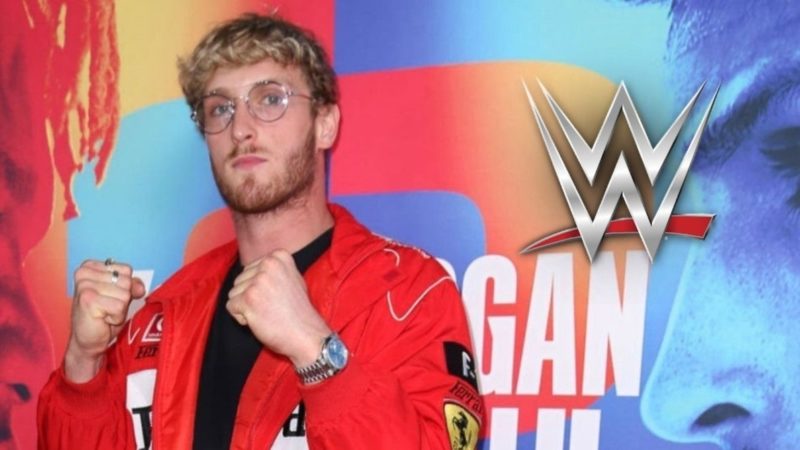 Logan Paul was recently the ‘Guest Honor’ during the trailer premiere for Sami Zayn’s bizarre conspiracy theory documentary on WWE Smackdown Friday Night. Although there was some concern that he wasn’t going to be there. During the event, Paul seemed skeptical of Zayn’s claims of any actual conspiracy that might have happened to him during his time in WWE. However, this skepticism came not before Paul was invited to WrestleMania 37 at the behest of WWE’s resident ‘Liberator’.

Vince McMahon just signed Logan Paul to a big WWE contract On social media via Instagram, Paul posted an album of himself celebrating his birthday in which he turned twenty-six years of age. On this post, the famed YouTube star posted a recent purchase he made which consisted of a rare dinosaur bone which Paul bought on March 19th of this year for a staggering forty thousand dollars, surely part of his massive WWE paycheck. You can view the post below.

During a recent edition of ‘Oral Sessions’ with Renee Paquette, the former Renee Young, Sami Zayn the run-in buddy of Logan Paul recently discussed the WWE creative process and what it’s like to work with the WWE creative team. Credit to Wrestling Inc for the below transcription.

“Part of my process, when I’m working with writers, I want to put it together. This is how I like to work. I like to have my idea, give it to [the writer] to edit it to make it concise and deliverable in the allotted time we need or to make sure it’s in line with Vince’s vision. I have in certain moments been called difficult or whatever, but you’ll find that the only times I’ve been called difficult is when things are being dictated to me. I don’t like that. I’ll admit, I can be difficult for sure if you’re dictating what I have to do, especially if I don’t think it’s good.

“If you dictate and it’s great, there will be no push back from me. If you’re telling me, ‘Here’s what you’re doing,’ and it’s not good, I’ll be combative. I’m not the best at playing the game. My heart is on my sleeve, and I’m very transparent. It’s a gift and curse. When it comes to WWE, I’ve gotten better at it. But there’s a certain language you speak, a certain vocabulary to not be so forceful. It’s just tact, and I haven’t always been the most tactful. I may overestimate the relationship I have with someone, so I’m upfront in what I say. It’s about navigating and a never-ending learning process of learning to navigate different people.”