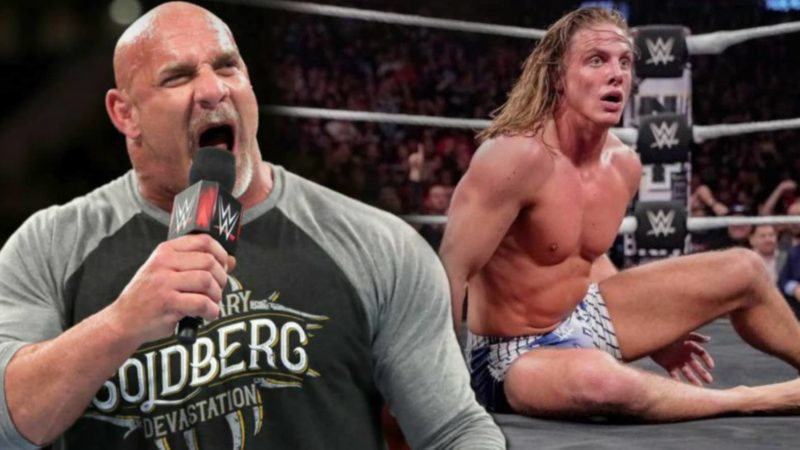 With Roman Reigns recently pulling out WrestleMania 36 due to the coronavirus pandemic, WWE Hall of Famer, Mark Henry has suggested that NXT superstar Matt Riddle should be the one replacing ‘The Big Dog’ and face Goldberg for the WWE Universal Championship.

While discussing the topic in a recent episode of the Busted Open Radio, Henry claimed that it would be easy for Goldberg to work alongside ‘The Original Bro’, considering the fact that the WWE Universe has been hoping to see the two men square-off for quite some time now.

“It’s easy to work with somebody that people want to see you work. They [the fans] want this. Man, I love things that go together. I like peanut butter. I like jelly, I like milk, and I like cereal. And I definitely like meat on my sandwiches so I mean you gotta be able to put things together that match, that go together. that everybody wants to see.”

‘The World’s Strongest Man’ further went on to detail the personal issues that have been brewing between Riddle and Henry and also pointed out how the current NXT Tag Team Champion has been disrespecting the former WCW icon.

“Matt Riddle and Goldberg had an issue. Some of them based off respect [on Riddle’s side]. ‘You know, you overstepping your bounds, like you haven’t paid enough dues to be comfortable like that. And whatever the case may be, but I’m just saying. If you have an issue, and it’s gonna go to blows and it almost went to blows a couple of times. Yep. let em fight, put it together.”

With WrestleMania 36 right around the corner, Goldberg is scheduled to defend his Universal Championship but with Roman Reigns pulling out of the event, it remains to be seen who WWE comes up with as his replacement.