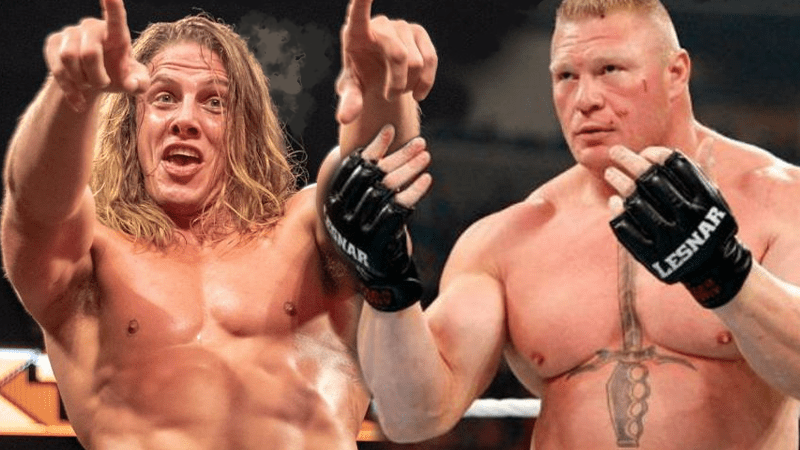 This week’s “After The Bell” podcast hosted by Corey Graves had recent SmackDown up and comer Matt Riddle as this week’s guest.

Matt Riddle took SmackDown by storm as he defeated AJ Styles in a non-title match during his debut appearance on the June 19th edition of the show.

While setting his sights on another big name for the future in the WWE, Riddle has stated that his ultimate goal is to be the one to retire Brock Lesnar.

Riddle clarified the statement by adding he still had to “build up his value” and become a worthy challenger to the Beast Incarnate.

“When I first started wrestling on the Indies, people asked me my goal and I said it was to retire Brock. However, I have nothing but respect for Brock, and my words were taken out of context. End of the day, I know what I have to do, I have to make myself valuable enough to get in the ring with him. And no, it won’t be a one-minute squash match,” Riddle told Corey Graves in last night’s After The Bell podcast.

Riddle also revealed that watching Lesnar end The Undertaker’s undefeated streak at WrestleMania 30 led him to transition from MMA to pro wrestling.

“When I watched Lesnar beat Undertaker, I felt like it was a new era (in pro wrestling) and that the sport was going towards guys like me. After watching WrestleMania 30, I just had to commit myself to this business,” added Riddle.

In pursuit of becoming a pro wrestler, Riddle sold his house in Las Vegas and moved to Pennsylvania to join the Ring of Honor wrestling dojo. According to Riddle, he had to “rebuild himself” in order to get noticed by WWE unlike other crossover athletes such as Lesnar, Ronda Rousey, and Tyson Fury.

“I bet on myself, it was tough gamble but I had to go for it,” recalled Riddle, who lived in his grandmother’s house while wrestling six nights a week on the independent circuit.

Riddle stated he believed Lesnar took his comments as literal disrespect. “I think he really hates me,” Riddle shared with Graves, “Which, hey, ok. I get it. I rubbed you the wrong way. I told everybody that I get it, I’ll stay away. I won’t call people out anymore.”

Not to be confused with backing down, Riddle added, “I’m not going to go away. I’m going to make myself valuable enough to where the money is on the table. I know I can do that.”

Riddle concluded, “At the end of the day, I just know what I have to do. I need to make myself valuable enough to get in the ring with him, and I hope I can do it.”

Brock Lesnar was last seen in a WWE ring at WrestleMania 36. He lost the WWE Championship to Drew McIntyre that night. It was also rumored that WWE was planning to bring in The Beast for SummerSlam but scrapped those plans as there isn’t going to be a LIVE audience.