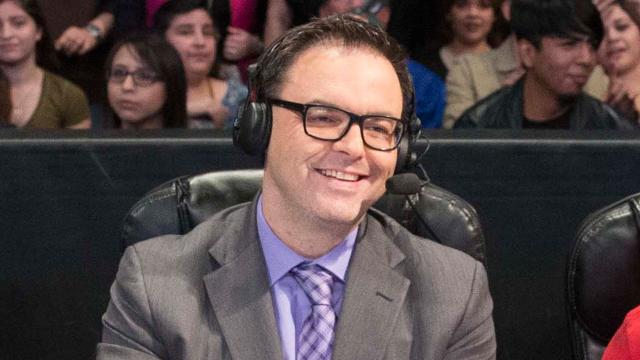 Mauro Ranallo hasn’t been behind the commentary desk since NXT TakeOver: WarGames a little over a week ago. Though he had another stellar night of spot calling with Nigel McGuinness and Beth Phoenix, some criticism from Corey Graves forced him to step away.

Ranallo had been scheduled to call several matches at Survivor Series but was replaced. At NXT last week, Tom Phillips filled his shoes as best he could. Still, Ranallo’s absence was hard to ignore. Thankfully, though, it looks like he’ll be back this Wednesday.

Earlier this week, it was claimed by Dave Meltzer that WWE had been in touch with the Bipolar Rock’n’Roller regarding a return this week. According to Ryan Satin of Pro Wrestling Sheet, Mauro Ranallo is scheduled to rejoin Phoenix and McGuinness at the announce desk for NXT.