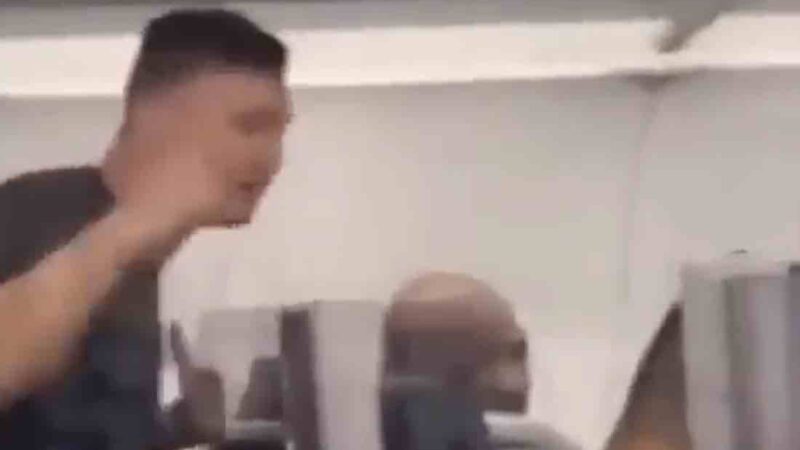 Mike Tyson lost his cool after being harassed and annoyed by a man on a plane on Wednesday night. Tyson retaliated by punching him in the face. Mik


According to TMZ Sports, the incident occurred at around 10:30 PM PT, as Tyson was flying from San Franciso International Airport to Florida. A man attempted to keep talking to him which irritated the former heavyweight boxing champion. Cell phone footage shows Tyson leaning over the back of his seat and delivering blows to the head of the man. In the video, the man could be seen left with bruises and bleeding on the side of his face.

Mike Tyson was reportedly friendly with the man and his friend when they boarded the plane but when the man wouldn’t stop harassing the boxer, “Iron Mike” reacted and punched him.

“Tyson had enough of the guy behind him talking in his ear… and told him to chill. When the guy didn’t, that’s when the witness says Tyson started to throw several punches at the man’s face.”

Tyson reportedly walked off the plane before it took off for Florida. JetBlue airlines and Tyson’s representatives have not made any comments as of this writing.

Mike Tyson is considered to be one of the best heavyweight boxers of all time. He is also known for his volatile demeanor. He has had run-ins with the law in the past, has a conviction for rape and an addiction to cocaine. He also bit off a piece of Evander Holyfield’s ear in a match that took place in 1997.