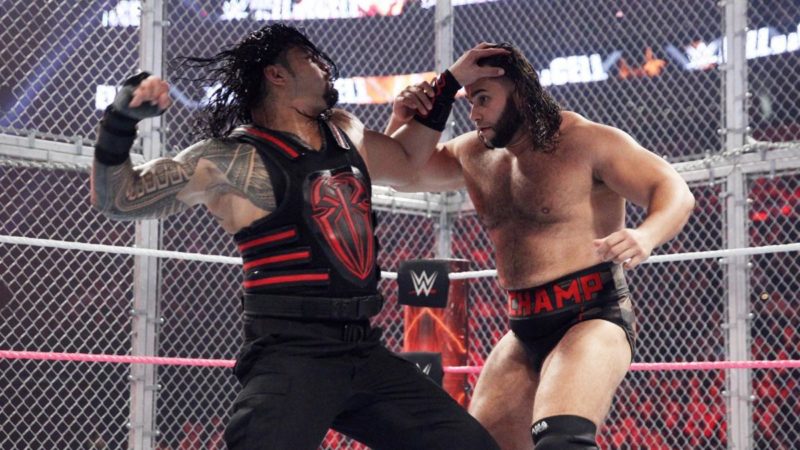 Miro made his AEW debut this past week, much to the delight of fans. However, he was also had a good run as a WWE Superstar and he recently talked about one of his favorite matches in the company.

During his Twitch stream, Miro revealed that the 2016 Hell In A Cell match against Roman Reigns is one of his favorite matches. Here is what he said:

“That was, I think that was one of my favorite matches of all time, to be honest. I always, always, always, always wanted to have a Hell in a Cell Match. And it was just, when I was told that I was going to have that match, I was just such in awe. I was such like, ‘Man, this is where men play,’ you know? This is not — you know, because all the matches that you remember, that I remember Hell In A Cell are just like men. Two grown men just doing the best they can, and it doesn’t matter how much it hurts. And it’s all about just violence, but at the same time it has got to make sense in the story and everything. I was really a huge fan of that match.”

Miro is a lover of professional wrestling as he grew up watching the business. He tried his best to pay homage to previous matches while trying not to completely replicate them.

“And I used a couple of spots from different matches … but I made them my own because at the same time, I couldn’t steal — not steal, but borrow what they did. But I remember in a match that I think it was Randy [Orton] and John [Cena]. I think Randy tied him up in the ropes, but then choked him out for the win. But I knew we couldn’t do that, so it was the idea of me tying him up and then just beating him up with a kendo stick. Then, you know, him breaking through and of course, Superman [punch] the sh*t out of me and all that. But, yeah, that match was so great, man. To me, It was one of my personal highlights.”

Miro certainly had a great time working with Roman Reigns, but it is unlikely the two will cross paths again anytime soon. He is currently thankful for all the support he received after his AEW debut and it will be interesting to see how he is booked in the company.