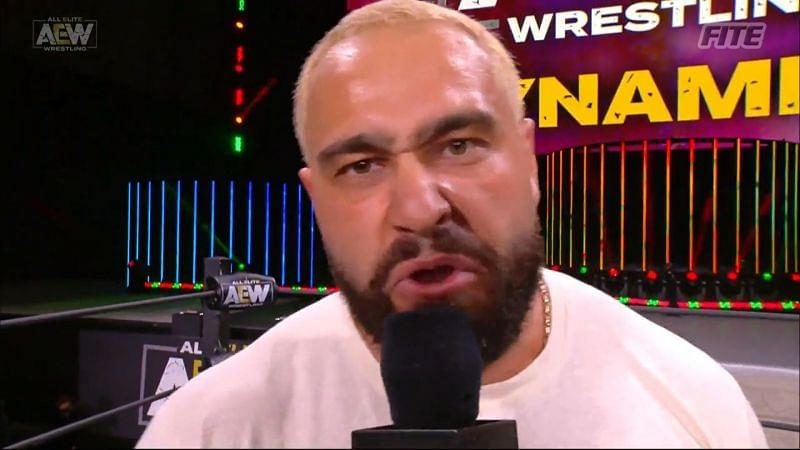 This week’s episode of AEW Dynamite featured Kip Sabian revealing who the best man will be for his wedding with Penelope Ford. Miro made his debut in AEW.

Sabian and Ford came out to the ring and hyped up the reveal. Then there was a fake out with one of Sabian’s twitch subscribers coming out, but Sabian insulted him and kicked him out.

Brian Pillman Jr came out next and many thought he was the best man, but that was not the case. Finally former WWE Superstar Rusev, who is now Miro came out.

Sabian introduced him as the best man and fans were elated at his debut. Ever since he parted ways with WWE, several fans wanted Miro to go to AEW and they finally got their wish.

The fans began chanting “Miro Day” which he liked. He then talked about spending 10 years in the same house reaching for an imaginary brass ring. “Well, you can take that brass ring and shove it up your ass!” he shouted.

We will have to see how he will be booked in AEW.