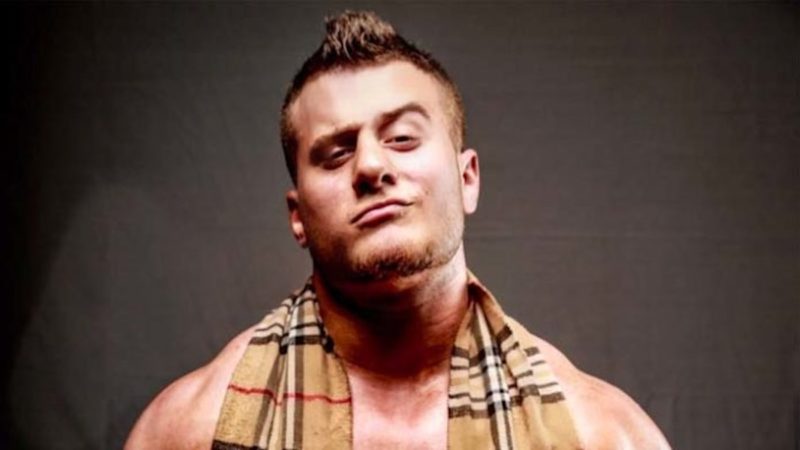 MJF was recently offered a deal that he simply couldn’t refuse by a huge WWE star. It looks like MJF refused the deal, however.

WWE’s head of Raw and Smackdown Adam Pearce on Twitter posted “Smile and say hi to someone today!” to his followers recently and everyone’s favorite resurrection of kayfabe responded.

MJF responded to Adam Pearce with a resounding “No” as fans from both sides of the coin began to comment. In this era of professional wrestling, the war between companies also seems to span via the internet. Adam Pearce had a bad botch on Smackdown last week.

It’s always a joy to see MJF keeping kayfabe alive in a world where it has gone to the wayside in professional wrestling.

MJF was recently beaten up by former stable-mate, Sammy Guevara on a past episode of AEW Dynamite. Sammy also made sure to begin his end of their alliance by adding an exclamation point on MJF by also chucking MJF’s phone at the wall while MJF was recording their conversation.

Later that night, Sammy left ‘The Inner Circle’ by walking out of the gates from Daily’s Place where AEW Dynamite was hosted.

It comes at absolutely no surprise why MJF would not want to “Smile and say hi to someone today” after such a bad week for him and the entire Inner Circle.