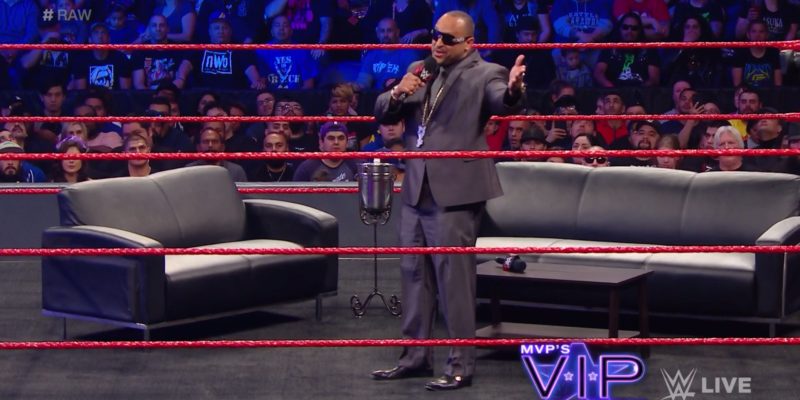 As seen on this week’s episode of RAW, former WWE Superstar MVP once again returned on RAW but not for a match. MVP brought with him his talk show segment – The VIP Lounge and his guest for the evening was none other than Drew McIntyre.

MVP came out and cut a promo hyping up his guest for the evening. Then he introduced McIntyre and out he came to the ring.

After exchanging a few words with McIntyre, MVP came up with a proposition for Drew. MVP proposed that Drew hire him as a business advocate, just like Paul Heyman is to Brock Lesnar and then the two of them could make McIntyre the Champion at WrestleMania.

However, McIntyre declined MVP’s offer and revealed to him that he doesn’t need someone talking for him and kissing his backside. An offended MVP then got in Drew’s face and told him that he is not an “a**kisser” but an “a**kicker”.

McIntyre then headbutted the former US Champion and hit him with a claymore to end the segment.