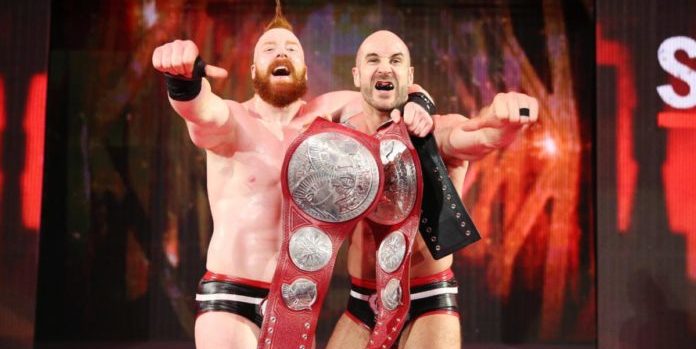 WWE announced a new match for Elimination Chamber match during this week’s episode of Monday Night Raw and they apparently also set up a new Championship match for the event.

First, the company announced that after their encounter at Raw 25th Anniversary show, ‘Woken’ Matt Hardy and Bray Wyatt will once again be competing against each other at the upcoming PPV this Sunday.

During the show, they also held a match between Titus Worldwide and the Raw Tag Team Champions The Bar in which the team of Titus O’Neil and Apollo came out victorious once again.

After this, Titus challenged the Bar for a match for their Raw Tag Team Championships at Elimination Chamber in a Raw Fallout video and while this match hasn’t been made official yet, it appears to be set for the show.

After these developments below is the updated Elimination Chamber match card:

John Cena vs. Elias vs. Braun Strowman vs. Roman Reigns vs. WWE Intercontinental Champion The Miz vs. Seth Rollins vs. Finn Balor

RAW Tag Team Title Match (yet to be announced officially)

Titus O’Neil and Apollo vs. Cesaro and Sheamus