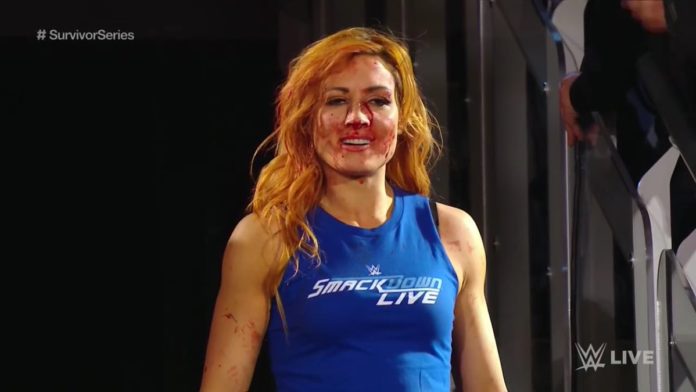 Nia Jax was a guest on the “Braxton Beat” with Kayla Braxton today. During the show, Jax was asked about the night she busted open the face of Becky Lynch.

Does Nia Jax believe she helped to make “The Man”? Lynch’s change in character had already gotten over with the WWE Universe, and Jax doesn’t believe she’s the reason for her popularity. However, that night as a whole wound up being a very important one for the now RAW Women’s Champion.

“You know what? I won’t take anything away from Becky Lynch. You know, she’s so boastful to herself. She worked hard and, granted, that night, however it happened, will go down in infamy. I’m not gonna say I helped create her. I think that it was an opportunity that happened that night and she became an icon. The image of her in the audience with a bloody face looking like a total badass will go down in history.

Granted it might’ve been my punch that created that, but I do feel as though she’s a hard worker and she was able to make the best out of that opportunity.”

It was an unfortunate incident and did take Lynch out of her match with Ronda Rousey at Survivor Series. However, the image of Lynch standing among the fans covered in blood is iconic. Along with that, pushing Lynch’s match with Rousey to WrestleMania ended up being a pretty good decision.