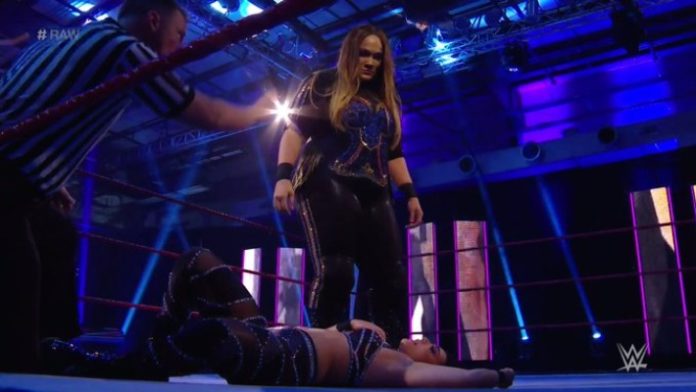 Nia Jax has been absent from WWE television since last year’s WrestleMania. She required double knee surgery, but she managed to make a full recovery in time. There were some rumors suggesting she was close to making her return. It seems she is finally back.

Nia Jax made her return on this week’s episode of Monday Night RAW. In her first match in over a year, she competed against Deonna Purrazzo in singles competition. She was dominant in the match and made short work of Purrazzo.

She won the match with a DDT. With her return, we will have to see what WWE has planned for her. Perhaps she will go after Becky Lynch.