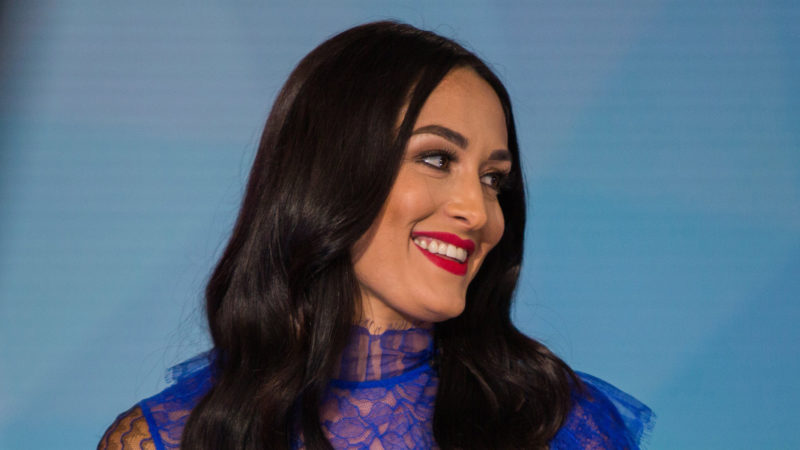 Nikki Bella is herself a WWE Hall of Famer. The company had previously announced that Vader will be inducted posthumously into their Hall of Fame Class of 2022. It was noted that the former WWE Divas Champion made a huge blunder.

While speaking on the Bella Twins’ YouTube channel, Nikki Bella talked about the upcoming WWE Hall Of Fame ceremony and all the inductees in it. Bella somehow forgot the fact that Vader passed away back in 2018, as she stated that she is excited to hear speeches from Vader himself.

Nikki recently made her huge return and competed in the Women’s Royal Rumble match this year. She had teased that she will appear at Hall of Fame induction followed by WrestleMania 38.  The WWE Hall of Fame ceremony is set to take place this Friday, April 1 at the American Airlines Center in Dallas. While, WrestleMania 38 will take place on Saturday, April 2, and Sunday, April 3 from AT& T Stadium in Arlington, Texas.

Outside of a brief in-ring appearance at the Women’s Royal Rumble match at this year’s aforementioned Royal Rumble event, Nikki has not wrestled since losing to Ronda Rousey at the WWE Evolution pay-per-view on October 28, 2018. Nikki’s doctor would react to her entering the in-ring for that Royal Rumble match as he stated the following on social media:

“Everyone will see you fighting on TV, but I’ve seen you fighting (and winning!) to get back in that ring. Thanks for your loyalty and support