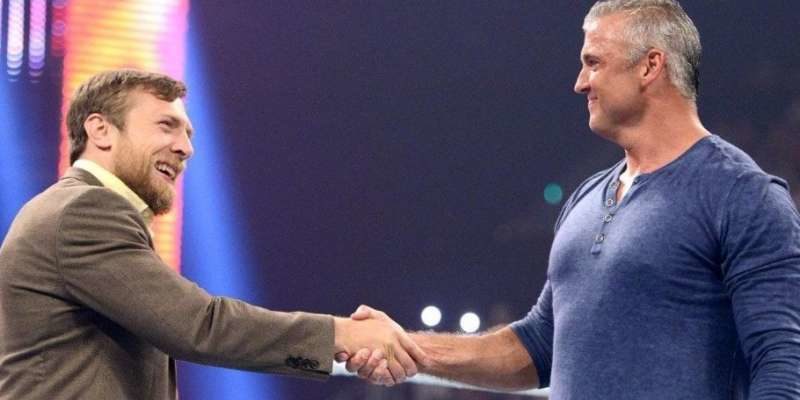 Just in case you’ve been living under a rock for the past few days, Daniel Bryan won the WWE Title from AJ Styles on Smackdown Live this past Tuesday night. Not only did he become WWE Champion, he turned heel in the process by viciously attacking AJ after the match.

As we reported that night, the decision to put the title on Bryan was made earlier in the week but the plan to turn him heel was made earlier that day by none other than Vince McMahon. However, the company did have very different plans for Bryan for Wrestlemania 35.

According to the latest Wrestling Observer Newsletter, the original plan for Wrestlemania 35 was for Daniel Bryan to square off against Shane McMahon, who was rumored to turn heel during the build up. The past few weeks on SD Live, this angle was actually teased a good bit with tension brewing between Bryan and Shane.

However, this past Tuesday night, Bryan was the one who turned heel and there was no sign of a Shane O’Mac heel turn, seemingly ending any speculation on Shane turning heel after his World Cup win at Crown Jewel.