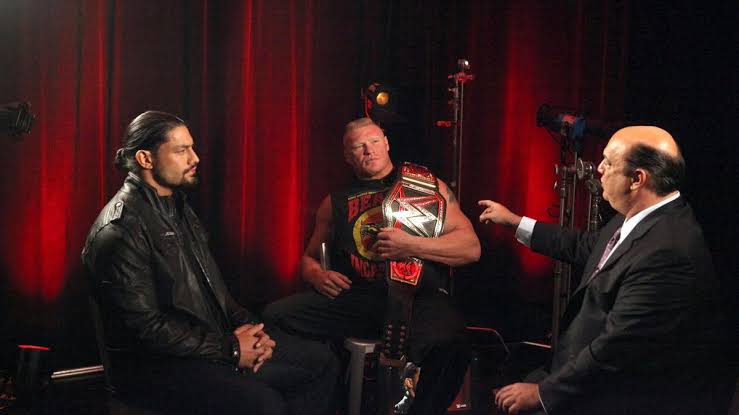 Paul Heyman calls Lesnar and Reigns to be same

Heyman said that it was very difficult to compare both the stars he has worked with.

Heyman who is the ‘Special Counsel’ to ‘The Tribal Chief’, has hailed Roman Reigns to be going into the record as one of the top stars in WWE. But he claimed that Reigns felt unsatisfied when he looked back at the body of work and he thought that WWE will be unappreciative of him.

“They are one and the same.Roman Reigns accomplished a body of work in his first eight years on the main roster in WWE that will go down in history. To his enormous credit, he looked back at that body of work and felt very unfulfilled and unsatisfied because, much like Brock Lesnar and Ronda Rousey, Roman realized history will be unappreciative of Roman Reigns’ contribution to the narrative of WWE 25, 50 and 100 years from now.”

But now, Reigns wants to challenge himself and wants to make a point that his stint of eight long years in the main roster was only a warm up for the upcoming legendary part of his career.

“As he enters his prime, Roman will make people realize that the past eight years was the warmup for…the true Hall of Fame, legendary portion of his career.”

“Everything you’ve seen Roman Reigns accomplish until now was just setting the table for the history you’re going to witness unfold in the next few weeks, months, years. He was just getting ready for this portion of his career.”

Roman Reigns will defend his WWE Universal Championship against his cousin Jey Uso in a first ever ‘I Quit’ Hell in a Cell match.