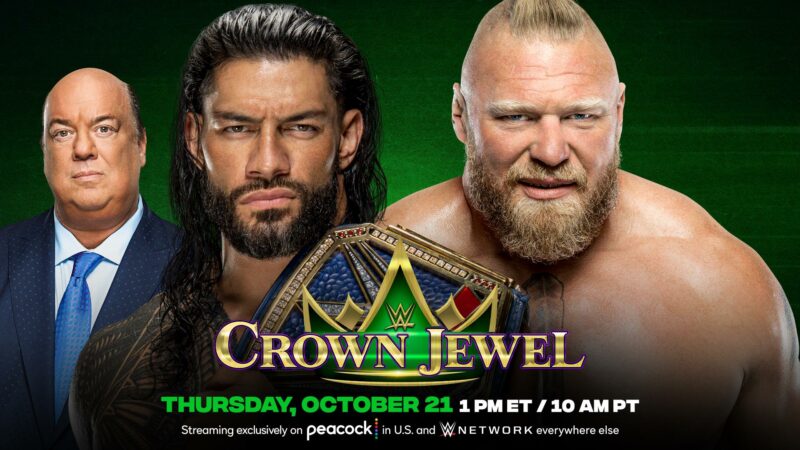 Paul Heyman has been a huge part of the current feud between Roman Reigns and Brock Lesnar for the WWE Universal Championship. He’s been playing both sides brilliantly.

In a recent Instagram post, Heyman teased an alignment with his long-time associate and friend. The advocate posted a hype video for the match along with a prediction. WWE Top Star Demanded To Work For New Company

Regardless of who wins, Heyman plans to leave with the champion at the end of the night. We’ll find out on Thursday when WWE presents Crown Jewel. The event will air live on Peacock in the United States and on WWE Network elsewhere.

The Crown Jewel card is stacked with huge matches including a WWE title match between Big E and Drew McIntyre, a three-way for the SmackDown women’s title with Becky Lynch, Sasha Banks, and Bianca Belair, and a Hell in a Cell match between Seth Rollins and Edge.