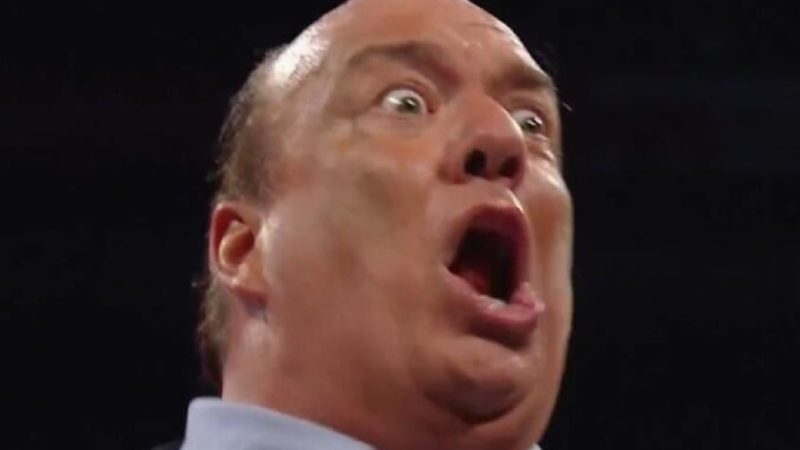 Paul Heyman is not only one of the biggest names in WWE as far as managers go, but Paul Heyman may very well be one of the realest people that there are within WWE. Paul Heyman has a love for the business like no other and has gone on record to expose many issues and people within the business. Paul recently called out this star…Roman Reigns ‘Disrespects’ Fired WWE Stars.

Paul Heyman recently was on Talking Smack and stated that Cesaro’s win over Seth Rollins should not count in any way, shape, or form. Rollins then appeared on the Smackdown post-show to agree with Heyman. Rollins said that the loss should not stand because his pre-match rituals were ruined due to rain.

Heyman then stated that he would have offered help, but he just has no time as he is too busy with taking care of Roman Reigns.

Heyman: “If I had time in my schedule, and I don’t, because being special counsel to The Tribal Chief, Roman Reigns, is a 24/7, 365 [days a year] job,” Heyman said. “But, if I did, I would hire a battery of lawyers and I would file an injunction immediately in order to show cause why the result of the Seth Rollins versus Cesaro match at WrestleMania should now be expunged from the records. I think it was a travesty of justice. Horrible. Amongst the worst decisions in WWE history, next to hiring you as the host of Talking Smack, but let’s not get into that, Kayla.”

At the end of the day, this was all in character for Heyman. No real legal actions will be taken.