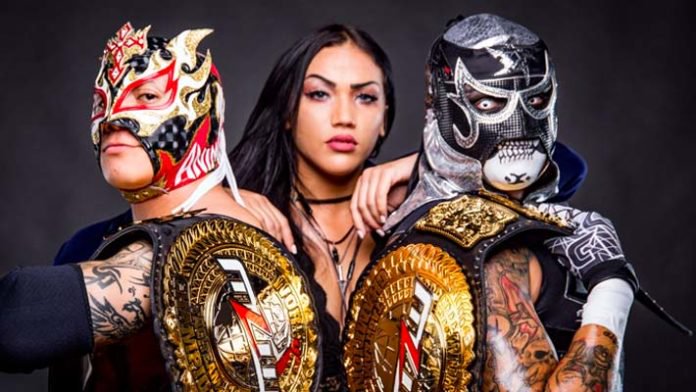 For months, it was speculated that Pentagon Jr. and Rey Fenix would be making their way to the WWE. It was revealed that the company was heavily interested in the MLW Tag Team Champions, however, the contractual obligations of the Lucha Bros seemed to hinder any deal with the WWE in the near future.

Now, we know that neither Pentagon nor Fenix will be jumping ship to the WWE. At least, not yet. PWInsider has revealed that the two men are locked into their deals with Lucha Underground until 2020. Therefore, if the fifth season of Lucha Underground is picked up, the former Lucha Underground Champions will have to take part.

Pentagon and Fenix will be working more in the United States, though. It seems they have both began negotiating new deals with Impact Wrestling, and are committed to dates with Major League Wrestling that will have them around to the end of 2019 at least, with the MLW CEO Court Bauer personally revealing this information on Twitter.

For those of you that were worried about how the WWE would handle Pentagon and Fenix, you can put your minds at ease. They won’t be heading there for quite some time.