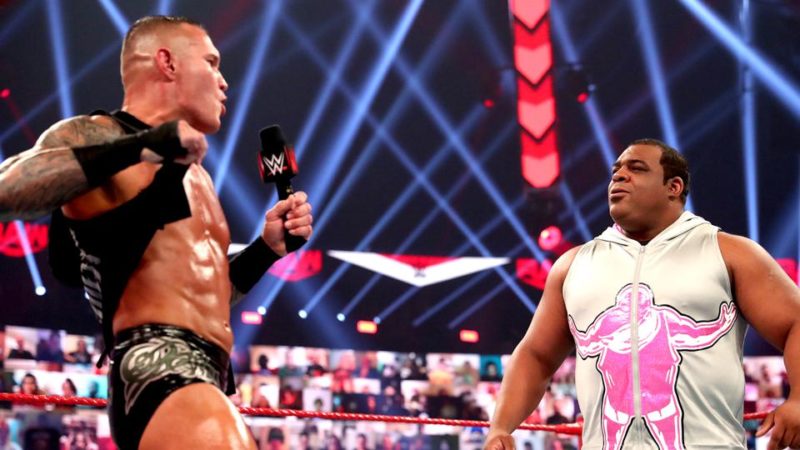 Former NXT Champion Keith Lee had his main roster PPV debut last Sunday against The Viper, Randy Orton. The two faced off on WWE Payback, where The Limitless One defeated Orton in a clinical victory. The match was over in less than seven minutes.

Lee had confronted Orton on last week’s episode of WWE RAW. He challenged Orton to a fight to avenge his good friend Drew McIntyre. The Viper had brutally attacked McIntyre from behind earlier on Monday Night RAW, after losing the WWE Championship match to him at SummerSlam the day before.

The match between Orton and Lee later that night was cut short by interference from McIntyre. It ended in a DQ, but Orton assaulted McIntyre once again in the backstage.

Vince McMahon had a backstage chat with Randy Orton

The WWE Universe did not expect an NXT call-up to clinch a victory over a veteran like Randy Orton, that too when the latter is in the middle of one of his hottest runs in the company.

But according to a source reported by Alex McCarthy of talkSPORT, it was WWE Chairman Vince McMahon’s plan to ‘push Lee to the moon’. He had a talk with Orton and entrusted him with the task of making Lee come across as a Star.

Turned out, Randy Orton had no qualms about doing that either.

“Imagine how high Vince has to be on someone to have Randy Orton put them over clean as a whistle. Orton, doing the best work of his career, wants to help create that next generation of stars. He gets it.”

It was also revealed that McMahon considered Orton to be the perfect person to pull off the job.

It was reported earlier that Orton is eager to work with NXT stars like Tomasso Ciampa and Adam Cole. In light of that, it makes sense that he was only too happy to go along with McMahon’s plan and push Keith Lee as the next big thing on the main roster.

As far as Orton’s own future is concerned, speculations say he might be in for something bigger than a singles victory.