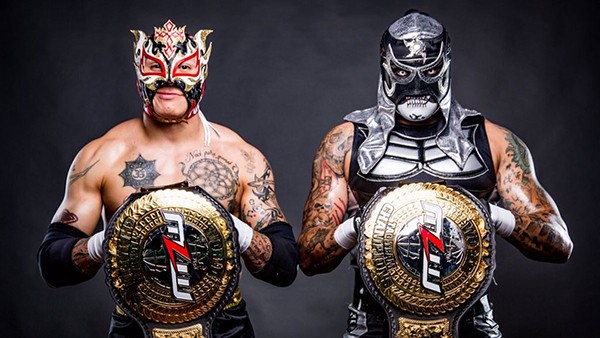 Currently one half of the MLW Tag Team Champions with his brother Pentagon Jr., Rey Fenix has really exploded over the past few years. Sadly, he’ll have to sit out the rest of the year.

PWInsider revealed that Fenix suffered a groin injury at CMLL’s Leyenda de Plata tournament when he faced off against Cavernario. This comes at a bad time for the Lucha Bros, as the next set of tapings for MLW takes place in Miami, Florida later on in December.

Hopefully, Fenix is able to bounce back as soon as possible in order to continue defending the MLW Tag Team Championships with Pentagon Jr.