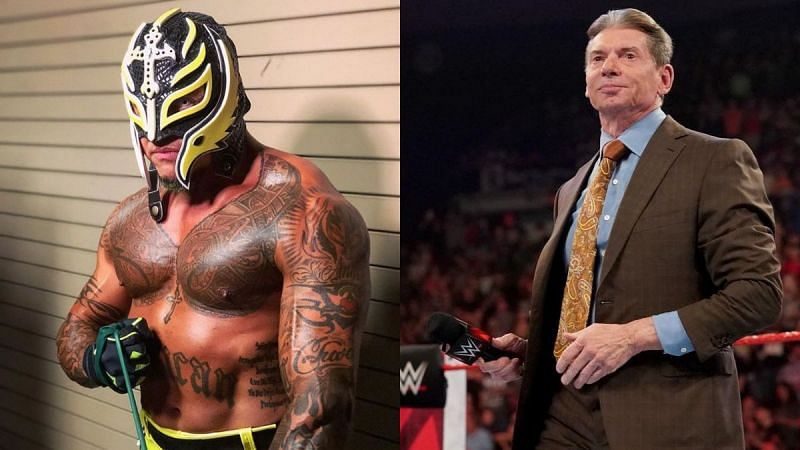 Rey Mysterio may not be going broke anytime soon as he is being pulled in the direction of both WWE and AEW. While Rey may be a huge draw even to this day, it’s only logical that WWE may not want to part with him, but money talks…Eva Marie ‘Squats’ In Tight Pants Photos.

Rey Mysterio was offered a contract by AEW when he was out from WWE before his son came in to WWE with him. Rey was working circuits that weren’t quite up there with WWE, but not small circuits none-the-less. When Rey was out, AEW reached out to him and offered him a very large sum of money which was more than what WWE wanted to pay him for him to jump to their brand.

WWE then countered the offer by upping their offer and Vince also telling Rey that he would break in Dominik Mysterio as well. Rey, of course, took the WWE deal in order to get his son into the company. All of this news comes to us from Dave Meltzer.

Dave stated on the F4Wonline.com forums: “AEW equaled and in fact surpassed the pay for Rey, and Vince had to increase to match them and give Dominik his break to keep him.”