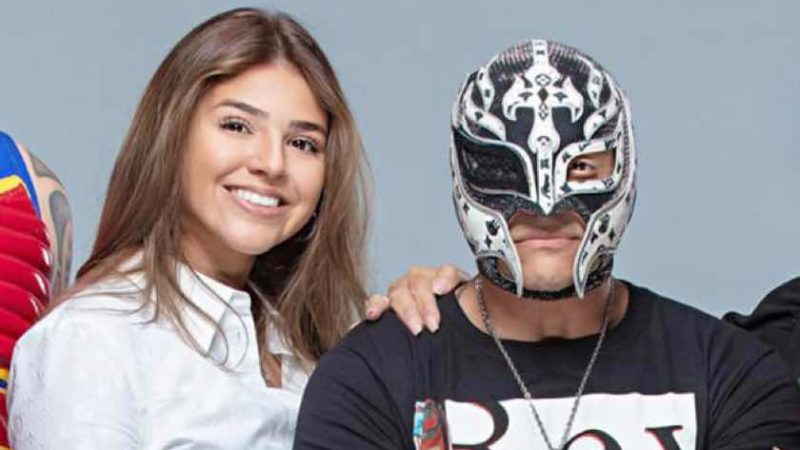 Rey Mysterio’s daughter Aalyah Mysterio returned on WWE Raw and was slapped by Rhea Ripley during Rey’s 20th anniversary celebration. Aalyah dated Buddy Murphy onscreen, but below is a photo of her real boyfriend.

While Rey Mysterio is a Mexican legend of WWE, Alberto Del Rio also made his mark in the 2010’s. Alberto Del Rio had strong words for John Cena and CM Punk. Recently, on the newest episode of ‘The Nitty Gritty Dirt Show,’ Billi Bhatti sat down with former WWE writer Vince Russo. The two talked about a vast landscape of all things pro-wrestling. Here, Bhatti discussed Del Rio was not a fan of CM Punk and John Cena not being fans of the anti-partier culture that was becoming more and more commonplace in the WWE after Del Rio came into the company. Wrestling-Edge transcribed Bhatti’s remarks. John Cena’s WWE return with this Hall of Famer rumor just leaked.

Bhatti: I remember a conversation I had with Alberto Del Rio and this is right when I first sort of met up with Drew McIntyre in the UK scene. Alberto Del Rio was up and said he was so disappointed with coming to the WWE because he said the only reason he left Mexico was for the nightlife and the partying. Del Rio said all the guys in the WWE were like, pussies, no body stays out anymore, everybody is like CM Punk and goes to bed early. He even stated that even Cena stopped being a party guy and hear stories of four to five years before he was there on John Cena being a big partier.”

In other news concerning John Cena, the future WWE Hall of Famer recently gave serious praise to Shaq on a recent appearance on the NBA on TNT. Cena stated the following remarks and credit to The Score for the following quote. John Cena ‘Racist’ Segment Censored By Peacock