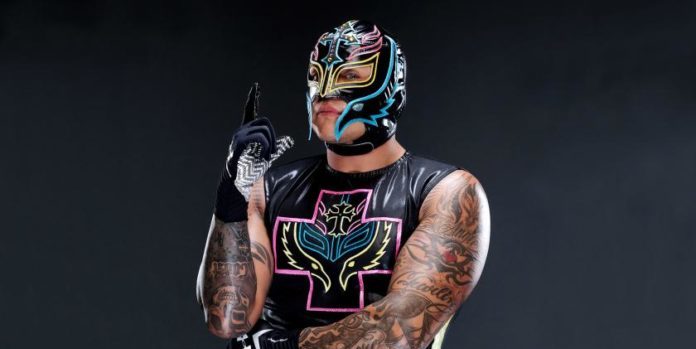 Rey Mysterio was supposed to face Andrade on Smackdown this week, but that match didn’t happen as he suffered an ankle injury during his match with Baron Corbin on RAW. This left many wondering if he would make it in time for Wrestlemania.

Rey Mysterio recently posted a video of how he got injured and prayed that he would get better. After all, he has a huge US Title match against Samoa Joe at Wrestlemania. To add to that, his son Dominick will be present at ringside.

During the WWE Hall Of Fame Red Carpet, Mysterio and his son Dominick were interviewed about the weekend. Rey was asked about his ankle injury and here is what he said:

“After Wednesday when I got into New York the only thing I’ve done for the last couple of days is ice my ankle, raise it up and I’ve been using some new technologies to take care of the inflammation and the swelling. Pain is almost gone. I’m about 95% free right now and in range of motion I’m about at 90%. So I have one more night to soak it all in and be ready for tomorrow so I’ll be good by tomorrow.”

Dave Meltzer also reported that Rey will be fit to compete at Wrestlemania. So this is definitely good news for fans of Rey Mysterio.

We will have to see if he can win the US Title at Wrestlemania.