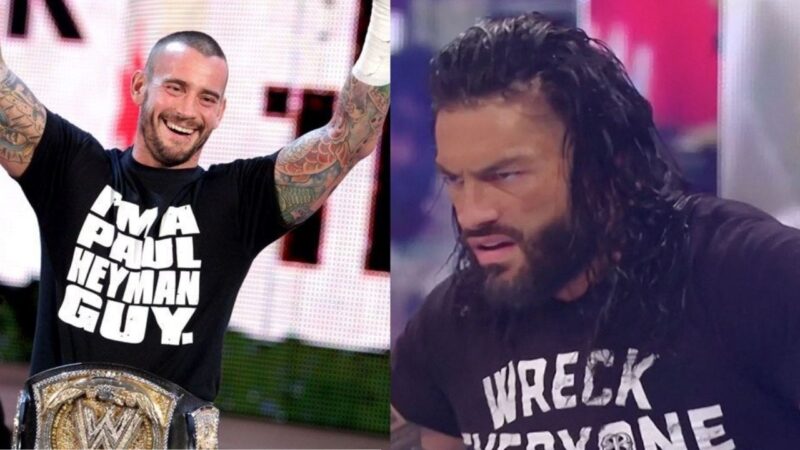 WWE Universal Champion Roman Reigns often speaks his mind and he recently opened up on former WWE star CM Punk, who is slated to make his pro-wrestling return and a debut in AEW soon.

While speaking with Ariel Helwani, the current WWE Universal Champion was asked if he is fine with the ‘arrangement’ of CM Punk departing the wrestling scene for several years and now returning, while stars like ‘The Tribal Chief’ being constant with their appearances all these years. Alexa Bliss Drops Emotional Wedding Bombshell

‘The Tribal Chief’ lauded his SummerSlam opponent John Cena and said CM Punk was not as good compared to Cena. He spoke about being able to headline SummerSlam with Cena as well and said it will not be easy to remove him from the scenario.

“I can say from both perspectives. I think there is a strange threshold but I think these statements are coming from people who thought they were better than they were. CM Punk wasn’t as good or over as John Cena, he didn’t move the needle like The Rock. As a full-time performer, I know the frustration in wanting more, but like I said before, you gotta take it. I’m a full-time performer but I’ve done everything that had to be done to stay in this position.”

"These statements are coming from people who thought they were better than they were.

CM Punk wasn't as good or over as John Cena, he didn't move the needle like The Rock."@WWERomanReigns talks to @arielhelwani about the fight for main event spots and putting eyes on WWE 👀 pic.twitter.com/0JK37sjkTi