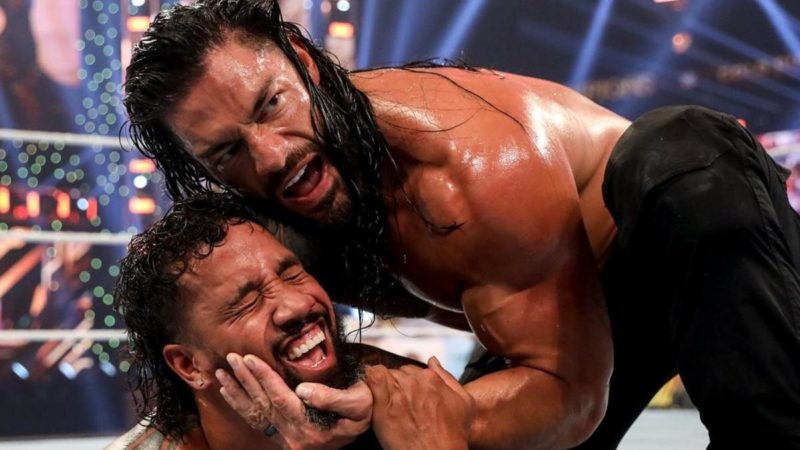 In one of the greatest PPV matches of this year, Roman Reigns made his cousin Jey Uso say ‘I Quit’ to win their highly-anticipated Hell in a Cell showdown, retaining the Universal Championship and establishing himself, for once and for all, as the Tribal Chief.

But The Big Dog resorted to questionable means to do so. When Jimmy Uso stepped in between an enraged Reigns and his half-unconscious brother Jey, Reigns first pretended to be emotional and willing to reconcile with his cousins. But it was all for a show, as he quickly went on to choke Jimmy, forcing Jey to utter the words, ‘I quit’.

Last night’s episode of WWE SmackDown kicked off with the two facing each other, Jey Uso still unwilling to give into Roman Reigns’ authority. He claimed that Reigns could never beat him, as he quit the match only to save his brother. Reigns responded with a smirk, saying his excuses would not change the reality.

In one of the biggest wins of his career that no one saw coming, Jey Uso defeated Daniel Bryan later in the night to secure a position for himself at Survivor Series. In the middle of the match, Roman Reigns showed up walking down the ramp with Paul Heyman, and stood watching the ongoing fight from outside the ring.

One Jey Uso won the match with a Uso Splash and cover, Roman Reigns walked inside the ring.

Jey Uso confronted him once again, but this time he told him that he understood, and that he acknowledges him as the ‘Head of the Table’. He made it clear that he was aligning with Roman Reigns.

Reigns pointed at a beaten down Daniel Bryan, saying ‘Make him understand.’ Cementing his heel turn on the show, Jey Uso unleashed a brutal attack on Bryan, throwing him all around the ringside.

Roman Reigns left the ring with a smirk as SmackDown went off air, knowing that he has pushed Jey Uso far enough for him to turn to his side. The Tribal Chief took to Twitter later, and said it was a “hard lesson” that his cousin had finally begun to understand.

It was reported earlier that WWE is planning for a faction with Roman Reigns in lead, and it seems like they just confirmed the first member of the possible future stable. It is both exciting and terrifying to imagine what havoc Roman Reigns can wreak on SmackDown with his cousin by his side now.