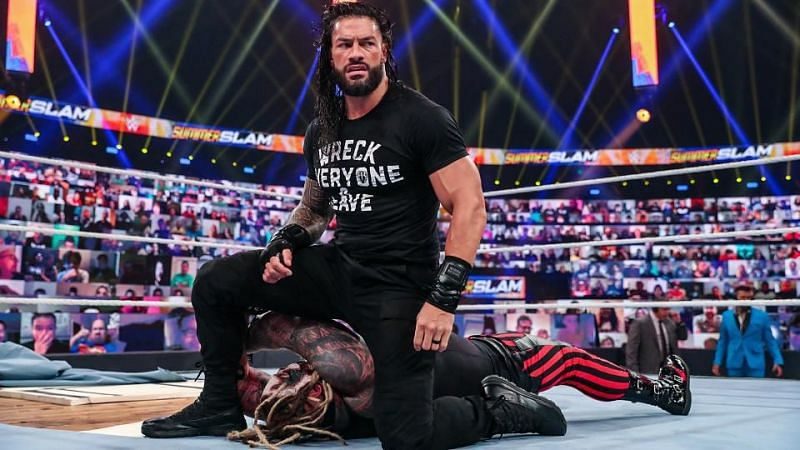 Bray Wyatt is still a no-show within WWE. Yes, The Fiend may be a core member of the Raw brand, but it looks like Roman Reigns may have played a huge part in why we don’t see Bray Wyatt around on the blue brand at this point in time…Edge ‘Can’t Return’ To Smackdown.

On the most recent episode of WWE Smackdown, we saw Paul Heyman talk up The Tribal Chief, Roman Reigns. During this session of Heyman gloating about Roman Reigns, Paul made a bold assumption as to why The Fiend is not seen at all on Smackdown.

Heyman stated that Roman Reigns “scared” The Fiend away from Smackdown and made him stay in his place on Raw. On top of this statement, Paul Heyman went even further at other stars including Daniel Bryan.

Paul Heyman stated that Roman Reigns “banished” Daniel Bryan as well. This, of course, comes at an odd time as Daniel Bryan was teased to be featured on Impact’s upcoming pay-per-view, Slammiversy.

To round out the conversation that Heyman had, he also alluded to Jey Uso not being able to cut it on his own if not for The Head Of The Table. Heyman said that Reigns “baptised” Jey Uso.