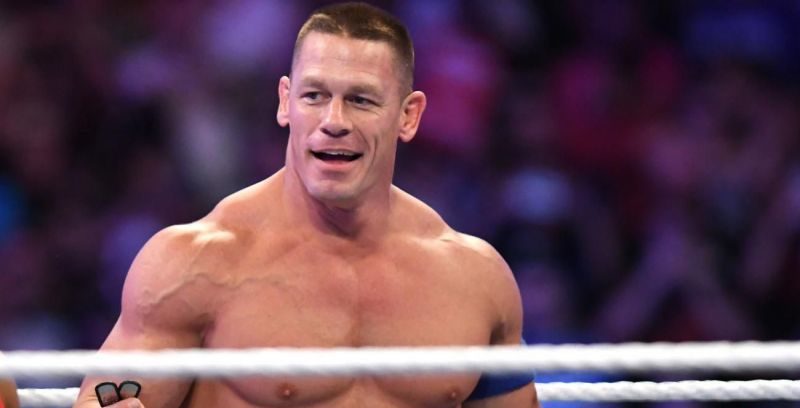 We noted before how WWE had confirmed John Cena’s appearance for Fastlane PPV though at that time it wasn’t known what the Cenation Leader would be doing at the show.

However, during this week’s episode of Monday Night Raw, Cena announced that he will be heading to SmackDown Live tonight to ‘earn a spot’ at WrestleMania.

This announcement has made many believe that the Leader of Cenation will actually be competing at the upcoming PPV instead of making a guest appearance.

And if rumors from Cagesideseats are to be believed, then John could be wrestling Shinsuke Nakamura at the show with Nakamura putting his opportunity at the WWE title on the line.

It would make sense as this match would give The former NXT Champion something to do before WrestleMania and an advertised match between these two would also help in increasing ticket sales.

Although whether or not this bout is actually planned is yet to be seen and we’ll have to tune in to SmackDown Live tonight to figure out if WWE is indeed going into this direction.