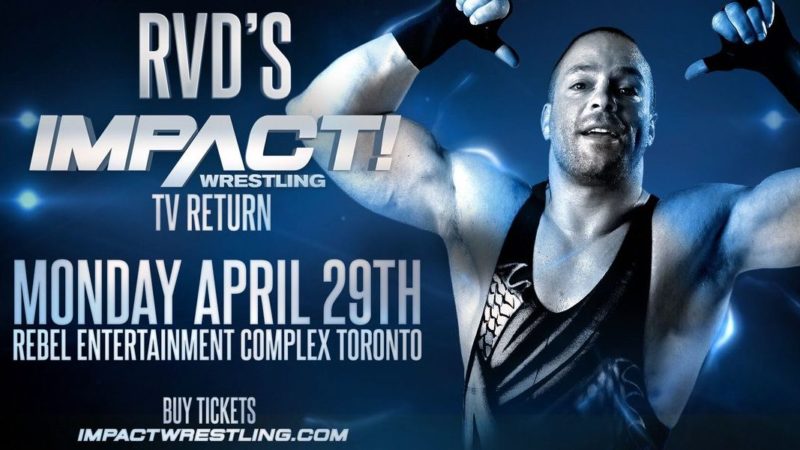 Impact Wrestling this week will feature the return of The Whole F’n Show Rob Van Dam as he teams with the Homicidal, Suicidal, Genocidal, Death–Defying Maniac, Sabu, to team against the Lucha Bros.

Van Dam will also be sticking around with the company to work their TV tapings later this month in Toronto.

BREAKING: RVD is BACK!

As reported by @sportingnews, United We Stand won’t be the last you’ll see of @TherealRVD in IMPACT!

RVD also states in the interview with The Sporting News that his contract “does have a beginning and an end, but they can extend”. He also points to his schedule last year, when he worked 10-12 matches, and says “this year it will be a little more, but not much more than that”.