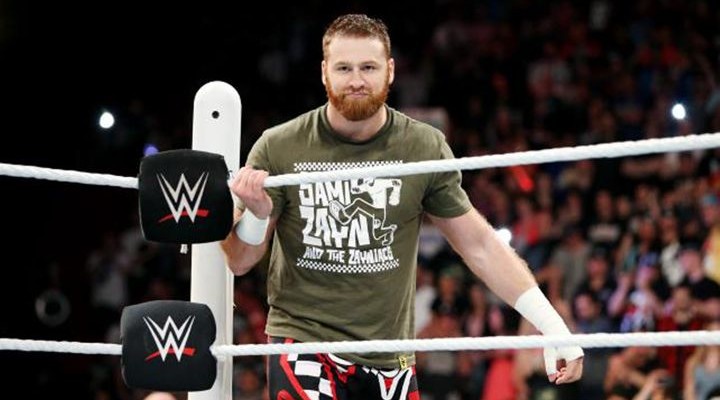 Sami Zayn returned to WWE Programming the night after WrestleMania however even 3 months after his return, the former NXT Champion hasn’t had a proper feud on WWE TV.

However, it appears that the former NXT Star might have revealed plans for a future rivalry they have for him through a tweet which he has since deleted.

A fan tweeted a game from his account asking people to create their slogans using some other information and the last text message they have sent.

Replying to it, Zayn sent out a tweet which he now has deleted. In the tweet as seen in the screenshot below, the former Champion indicated that the officials were talking about a SummerSlam feud with Finn Balor for him: 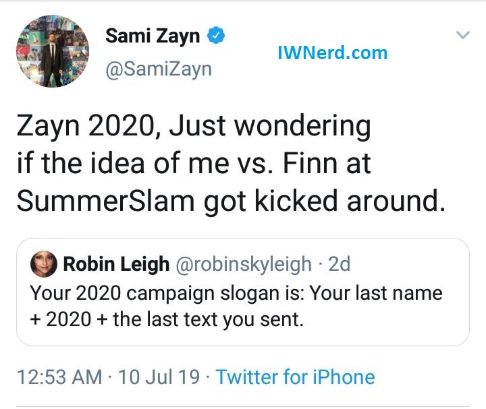 Finn Balor has recently been getting involved in a rivalry with Shinsuke Nakamura but it’s possible that they have discussed plans to involve Zayn in this rivalry and we’ll have to wait to see whether this turns out to be the case.