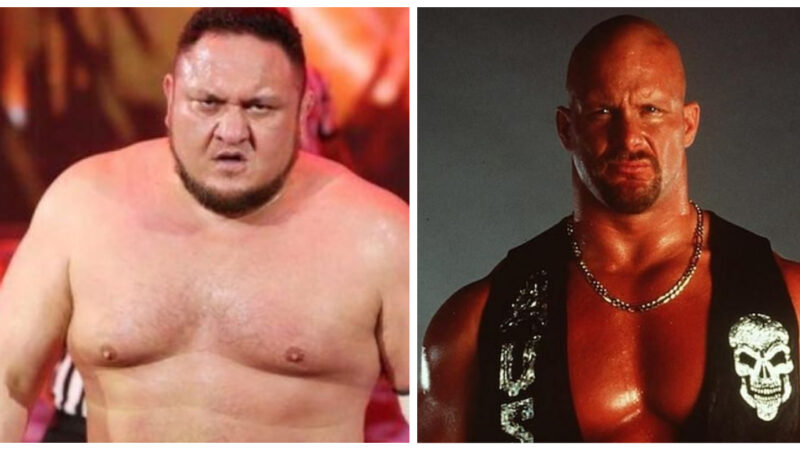 Samoa Joe made his triumphant return to the WWE Universe by showing up on tonight’s edition of WWE NXT. The show opened up, expanding on WWE NXT General Manager William Regal and his major announcement, which Regal stated he would make during the end of this past week’s WWE NXT TakeOver: In Your House 2021 mega event. It was speculated that Samoa Joe could show up during tonight’s edition of NXT.

After a tearful and emotional couple of moments, NXT Champion Karrion Kross interrupted the former WWE King of the Ring winner and long time NXT General Manager, gloating Regal to leave and never return. This is when Samoa Joe came out to cheers at the Captiol Wrestling Center. Joe was then offered the position of WWE NXT General Manager by Regal himself, an offer that Joe immediately denied.

However. Joe countered with the offer of being Mr. Regal’s enforcer, ensuring that he gets the ‘respect’ that he deserves from the WWE NXT roster. This offer was accepted by both parties with the caveats that Samoa Joe, a former NXT Champion cannot compete in-ring and cannot attack any of the current WWE NXT roster members unless provoked. A move that was very familar of the time Stone Cold Steve Austin was the co-General Manager of WWE Monday Night Raw, alongside Eric Bischoff in 2003, and then Sheriff going into 2004.

Samoa Joe last appeared for the WWE, calling WWE WrestleMania 37. Joe was released by the company, among many other high-profile names on April 15, 2021.

10 minutes on the job, and someone has already provoked @SamoaJoe.