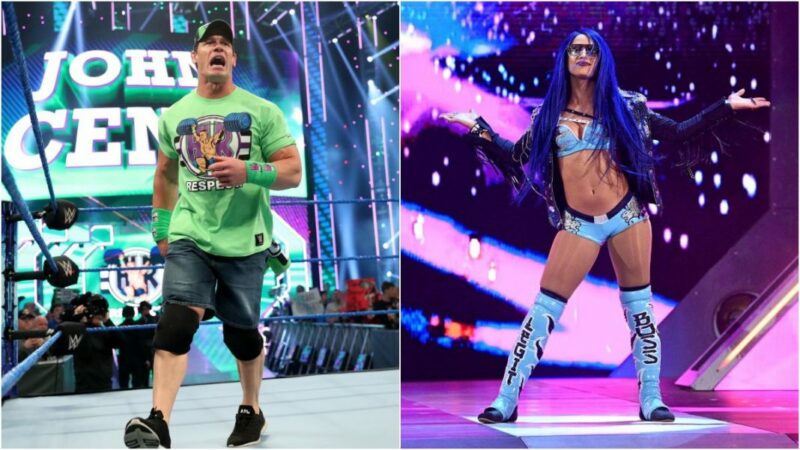 Sasha Banks has not wrestled on WWE programming since losing the WWE SmackDown Women’s Championship to Bianca Belair back in April in the main event of night one at WWE WrestleMania 37. However, ‘The Boss’ could be heading back to WWE sooner rather than later. WWE broke their silence on Sasha Banks’ hiatus earlier this month.

It is being reported by Sportskeeda that Banks is currently advertised to appear for the September 3rd edition of WWE SmackDown in Jacksonville, Florida.

Her biggest return appearance is expected to take part at the ‘Super Edition’ of WWE SmackDown which takes place on September 10th at Madison Square Garden in New York, New York, with John Cena also set to appear.

It should be noted that while current WWE SmackDown Women’s champion, Bianca Belair currently has no contender for her title as WWE SummerSlam quickly approaches, Banks is not scheduled to be apart of any editions of SmackDown leading into the event – as of now.

In other news regarding Sasha Banks, former WWE superstar Konnor of The Ascension discussed officiating the wedding of Sasha Banks and Sarath Ton a.k.a. Mikaze during a recent appearance on Da Call Up podcast. Credit to Fightful for the following transcription. This Sasha Banks ‘controversial’ photo angered WWE fans.

“For whatever reason, I wanted to become a notary. So I got my notary license, and my wife became an officiant and so I was like, you know, why can’t I do it? So I did it and had it for, I don’t know, I want to say about a year, never used it until Sasha Banks. I had the privilege of getting to marry her and her husband. So that was actually where I met Mick Foley, which was pretty cool. I mean, I always met him backstage, but he was there for that wedding. I just remember thinking to myself, like, holy cow, this is so intense. Because, you know, it is. Mick Foley, he’s got a thing for children. He loves, you know, being Santa Claus. That’s one of his neighbors.

The former WWE star continued: “At this time, when this was going to happen, he had not actually done a wedding yet. He was getting ready to, and he asked me what it was like, and I said, honestly, I said, it’s pretty scary. So he was there for the first one I ever did. Yeah, it was so cool. You know, he was so encouraging afterward. You don’t really know when you do it, it’s scary. You don’t want to mess up. You don’t want to forget your lines. There are just so many little detailed things, you’re like, ‘Man, I really don’t want to screw this up. You know, Sasha’s given me the privilege of being able to do this and inviting my family,’ but it all came out great.

He concluded: “It was one of those things that, you know, I remember just leaving that day, and I remember crying because it’s just something about fulfillment. It just felt so good to bond two people and marry them. It was just, it was really cool. To this day, I’m privileged I got to do it. It’s one of the things I get to brag about a little bit. You know, the first person I’ve ever married was Sasha.” Sasha Banks dropped this ‘adult entertainment’ bombshell