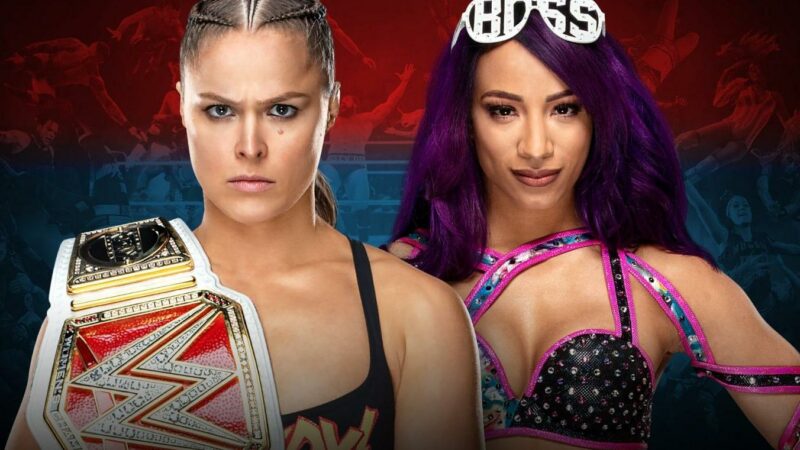 Someone close to Naomi and Sasha Banks (@Adidas_head88 on Twitter who IS followed by Naomi) was apparently given permission to share their side of the story, where Vince McMahon apparently called Sasha spoiled, with a Ronda Rousey pitched feud playing a role in Sasha leaving:


“You are approached in February as being put in a tag team, after both being promised big feuds at WM. You bite the bullet and put everything you got into being a tag team. It works, you get over, win the titles at WM and become merch pushers.

5 weeks into your reign you show up to live TV and ready to work.

You are told you will be in the main event, and you are happy. You both are then told that one of will be going over from pinning the other. You have questions why that decision was made, and how it helps y’all.

You request a meeting with your boss to discuss it. Your boss takes the meeting and everything is actually going well. He understands your concerns. The meeting ends well and the match is told to be reconstructed. For some reason producers get mad about it.

You then ask with one of your members going over, what happens to your titles? You are told basically that you will just be carrying the belts. They want to use you both to help both women’s champions get more over.

Bianca vs. Naomi
Sasha vs. Ronda

Neither one of you will win the solo titles, and you won’t defend your tag titles until MITB.

You ask for another meeting with your boss, but this time you are being called spoiled. A producer walks away screaming.

He comes back and tell both of you to fix your attitudes.

Y’all have a brief meeting amongst yourselves and decide to stand up for yourselves. You go to another boss, and make it clear you just have concerns.

You ask why are we even in the match and why aren’t other women in it? You ask why your titles have no stories for two months?

Again you are met with fix your attitudes.

So after one final meeting with yourselves and asking others, you make the ultimate decision as a team.
It’s sad how oneside is trying to create a fucked up narrative.

Also, it was asked why were Nikki ASH and Doudrop in the match instead of starting their program tonight. Naomi nor Sasha talked down about being in the ring with either one. Idk how that got flipped.”