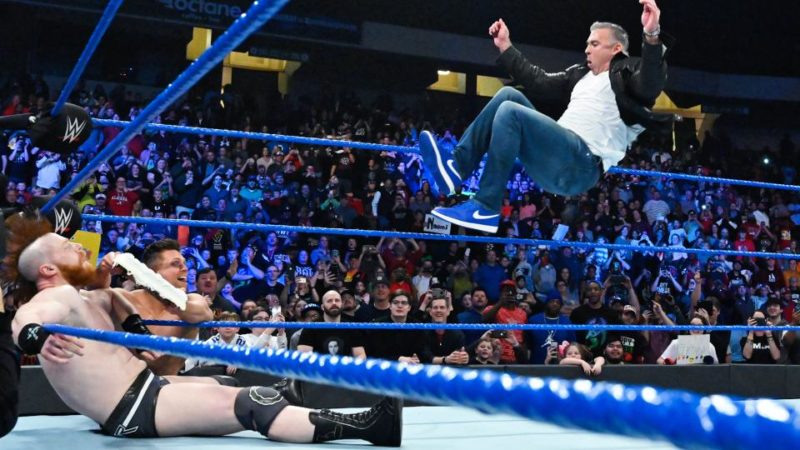 The Sheamus character appears to have major heat with Shane McMahon and Adam Pearce after it was announced that Drew McIntyre would defend the WWE title against Sheamus, AJ Styles, Randy Orton, The Miz, and Jeff Hardy at Elimination Chamber. Sheamus had expected a one on one match with McIntyre after having turned heel on McIntyre last week.

Sheamus said to Pearce in a backstage segment, “What’s the story, huh? You heard Drew McIntyre last week, he promised me a WWE championship match one on one. Now you and Shane are making me compete in an Elimination Match, with four other blokes?”

He added, “Are you saying I’m not a draw?” Earlier on, Shane returned to Raw to announce the Chamber match with Pearce, and when exiting, Shane acknowledged AJ Styles’ bodyguard Omos, who was his own bodyguard who watched the door during Raw Underground last summer.

Edge also appeared on Raw saying he felt uncertain about who to face at WrestleMania with the Elimination Chamber match announcement, and that he would wait until after the PPV to make a decision. He then had a confrontation with The Miz, who Edge buried on the microphone, before Bad Bunny and Damian Priest came out.

With the assist from @shanemcmahon, @ScrapDaddyAP is putting THESE 6️⃣ Superstars inside the Elimination Chamber for the #WWEChampionship:

"I think at a different level than you. You're content with being awesome? I'm not. Did that 20 years ago … I NEED to be champion!" – @EdgeRatedR to @mikethemiz #WWERaw pic.twitter.com/aqqyFRmjeJ