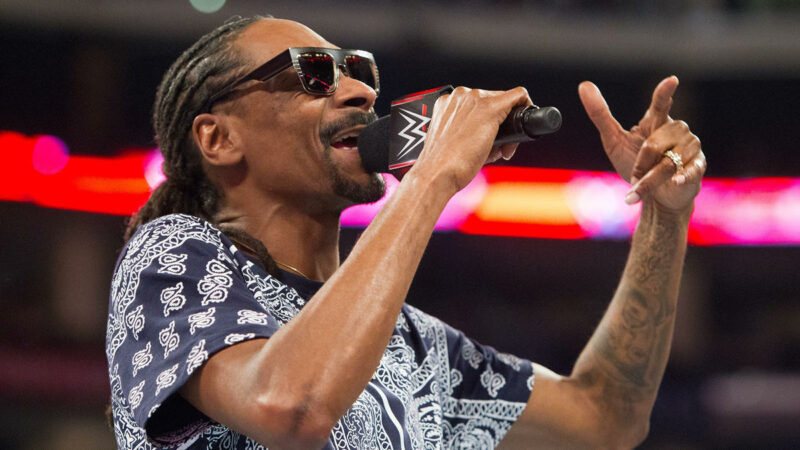 When you’re Snoop Dogg, you always have to keep a watch on your back since so many may be after you. Recently, it was revealed that Snoop’s Crip ties brought him unwanted attention from the Bloods while filming Denzel Washington’s Training Day, according to Spice-1.

According to HipHopDX – The gangsta rap pioneer recently sat down for an interview with The Art of Dialogue, where he recalled a group of Bloods — the rival gang of the Crips — harassing Tha Doggfather on the set of the 2001 movie.

Spice-1 chimed in and said he was alerted to the gang members throwing bottles at Snoop’s movie trailer, but after making his way over to the set, he was able to defuse the situation from escalating any further.

He would state: “I’m out in L.A. OG Crip homie hit me and he was like, ‘Spice, they at Snoop’s trailer. It’s some Blood’s over there throwing bottles at Snoop’s trailer. He didn’t say Blood’s because, you know, he ain’t gonna say that, but that’s what he tell me.”

He would continue forward with the story.

He went on: “I’m like, ‘Oh!’ In so many words, he was like, ‘Go over there and try to calm them down. They’ll listen to you.’ And I’m thinking in the back of my head like, ‘Man, they ain’t gonna listen to me. They don’t know me.’ But since the OG said go over there and holla at them.”

When Spice-1 appeared at the Training Day shoot, everyone would relax.

He said: “So I go over there. I see them and they look at me and they’re like, ‘Damn, Blood! That look like Spice-1, Blood!’ I’m like, ‘It is me! Y’all ain’t got no weed? What’s happening?’ I was like, ‘Man, they saying y’all were throwing bottles at Snoop’s trailer and s*it. The muthaf*ckas about to call the police. We need to get the f*ck outta here ’cause they might be coming.’ And they was like, ‘OK, cool. Let’s bounce the f*ck up outta here.’ They ain’t trying to see the [police] anyway.”

Snoop Dogg had a smaller role in Training Day, as he would be starring alongside Denzel Washington and Ethan Hawke as a wheelchair-bound drug dealer named Blue. Dr. Dre, Xzibit and Macy Gray also made cameos in the Antoine Fuqua-directed film, which grossed $104 million at the box office on its opening weekend.