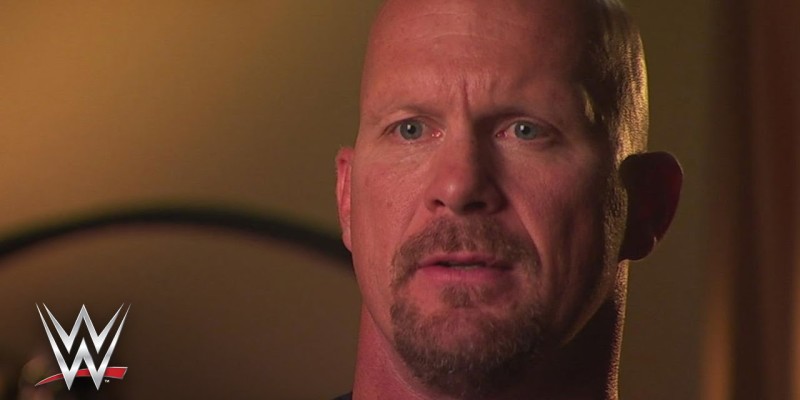 On the latest episode of WWE Hall Of Famer Stone Cold Steve Austin’s podcast, The Steve Austin Show, Austin discussed the return of Matt and Jeff Hardy to the WWE. You can check out the highlights here:

“Before they came back, Matt Hardy came up with this off-the-charts character, totally against anything they’ve done. Here’s a kid for North Carolina, he’s got, what is it, a British accent? And it’s all about ‘delete’, and what’s the name of the little thing that they’re flying around? Vanguard 1! Goddamn, what a good idea! And whether it was their’s or not, the fact that Matt Hardy pulled off this character, and then, also, with Jeff Hardy’s participation in the angle, they’re both outstanding in this!”

“A shout out to both those guys for reinventing themselves. I love the ‘broken’ concept. I loved all the fights out in the woods, at The Hardys’ place, and all the stuff on the battlefield. I can’t remember it all, but it was spectacular stuff and I sent them a couple of messages. That’s how much I liked it.”

On Sheamus kicking Jeff and knocking his tooth out:

“I don’t think there’s any heat. I mean, those guys are out there trying to tell a story, trying to get this angle over. They did. Hey, you catch one, it’s a little snug or in the wrong placement, maybe, but it is what it is. If I had been in the same shoes, if that had been my mouth, I would have just, hey, man, I mean, sometimes you take one for the team. I’ll tell you what, if there’s one thing that Jeff Hardy is it is double-tough. If you watch that old motorcycle crash he had, because he loves dirt bikes and motocross and all the stuff he has done over the course of his [pro wrestling] career from all those TLC matches, I mean, it’s the cage matches… this guy is not afraid of anything, so, believe me, getting a tooth knocked out of his mouth is nothing but a thing to this guy and I think everything is cool. No heat at all in my opinion.” Austin added, “the fact that it actually happened, hey, it is what it is. Play it up, but just between the guys, I don’t think there’s any animosity.”