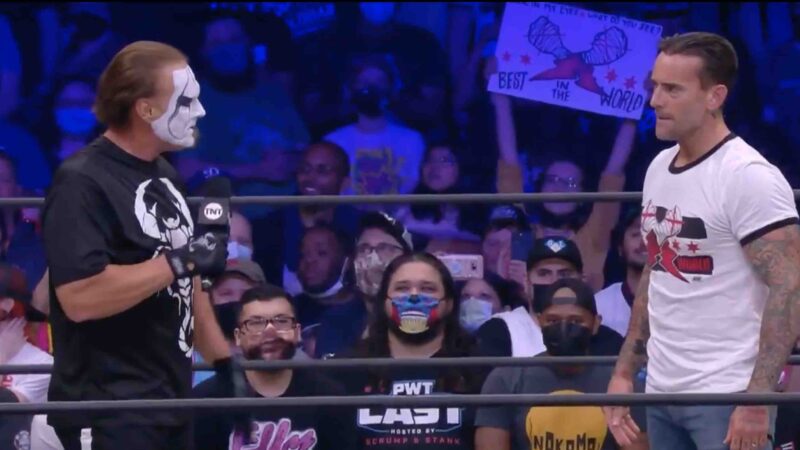 ‘The Icon’ Sting and ‘The Best in the World’ CM Punk crossed paths in the ring for the first time since CM Punk’s debut in All Elite Wrestling last month. However, during a recent interview with the New York Post, Punk stated that he and the former WCW Champion went up to one another on the night of CM Punk’s historic AEW debut on Rampage in the United Center. Sting ‘broke character’ during CM Punk’s debut.

It would be here, where Sting would apologize to Punk for not knowing that their paths had at one point in time crossed once before – during the funeral of the late wrestling great, Eddie Guerrero. Credit to the outlet for the following.

“I don’t like peeling back the curtain too much, he found me in the bowels of the United Center and he came up to me,” Punk said. “I had met Sting briefly and I told him. He’s like, ‘Really I’m sorry I don’t remember.’ It was Eddie Guerrero’s funeral so it wasn’t the happiest of circumstances.”

Punk continued: “He’s not just a happy to be their guy,” Punk said. “He’s just so into it. And after the promo [on Rampage], he’s up in the rafters, we talked. He just has this twinkle in his eye. He’s excited about it.”