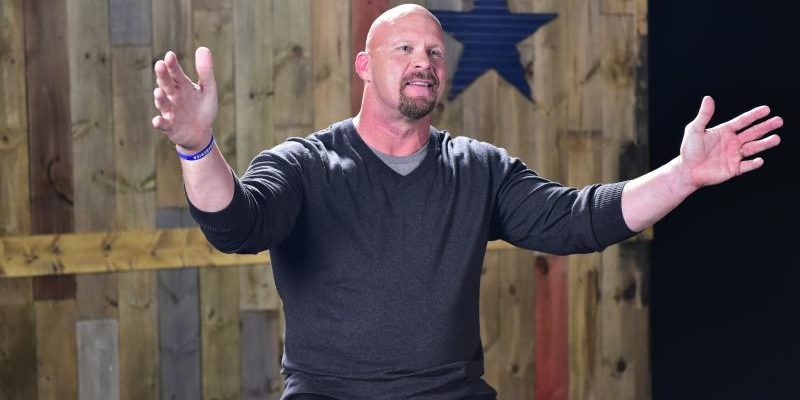 In the latest episode of The Steve Austin Show Former WWE Star Stone Cold Steve Austin talked about the current WWE dynamics. Below are some of the highlights from the podcast:

Talking about the poster boy in the making, Roman Reigns, Austin claimed that there is star written all over him but he still needs to find his way:

“I think he [has] got a great physique, a good looking guy, a pretty damn good worker. Storylines have been kind of on and off, hot/cold. Roman Reigns in and of himself, I think he has ‘star’ written all over him. He has still got to find his way. He still has to climb his way up the ladder.”

Continuing on the topic, Steve addressed the recent speculations of Reigns possibly turning heel after his actions at Great Balls Of Fire PPV, and he explained why the company should keep him on the road he is instead of turning him heel:

“I think you keep him on the road that he’s on and you don’t turn him heel just for the sake of turning him heel to make the fans happy because you’re not pushing him anymore because if you’re going to turn him heel, you’re going to push him even harder. Then, if you were tired of him to begin with because he was over pushed to begin with, in your opinion, then you’re not going to like him as a heel either.”