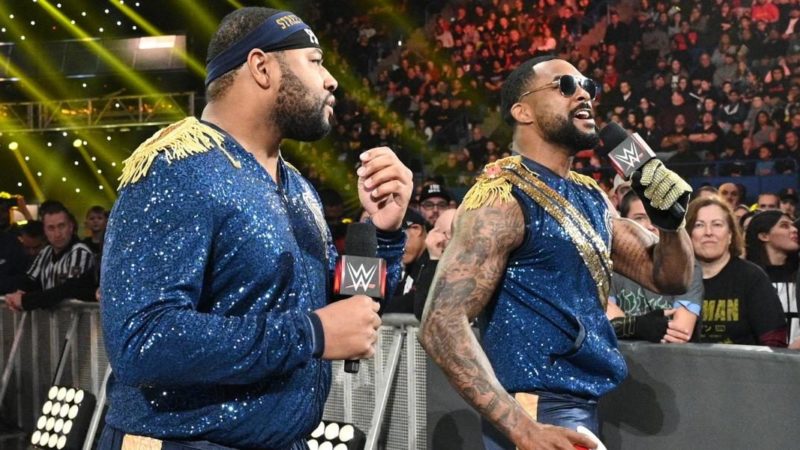 This week’s edition of WWE Friday Night SmackDown kicked off with an exciting match which saw The Street Profits squaring off against The Usos. This match marked Jimmy Uso’s first match after recovering from the injury.

WWE on Fox YouTube channel made a huge blunder. Then went on to share the clip of the bout on the platform. But, The New Day member, Xavier Woods noted a mistake and took a screenshot. He then soon shared it on his Twitter account. Roman Reigns ‘Refuses’ To Put Over Raw Star

He took a cheeky shot at WWE and wrote:

Both the teams had showcased great performance during the back and forth, high intensity match.

The Usos emerged victorious in the match over The Street Profits and it was their first win in a tag match since they defeated The Miz and John Morrison on SmackDown last year.

The twin brothers duo would be challenging the SmackDown Tag Team Champions, Rey and Dominik Mysterio on next week’s edition of SmackDown. We will see if The Usos are able to capture the titles and be on top of the tag-team division.