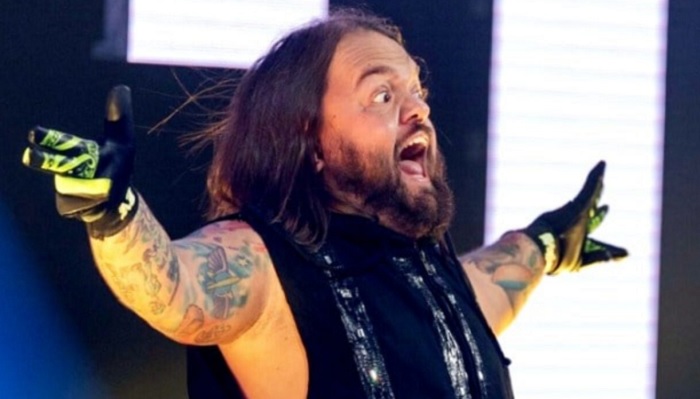 During the discussion, which you can listen to via the audio archive embedded at the bottom of this article, the former “Bastard child of Vince McMahon” spoke about appearing in the “Inner Circle Slays Las Vegas” spoof of “The Hangover” films on AEW Dynamite on TNT and turning up as “AJ Swoggle” during an episode of IMPACT Wrestling On AXS TV this year in 2020 after making appearances for WWE, IMPACT Wrestling and Ring Of Honor inside the 2019 calendar year.

Featured below are some of the highlights from the new Dylan “Swoggle” Postl interview.

On appearing in AEW and IMPACT Wrestling this year after making appearances for ROH, IMPACT and WWE in 2019:

“It was kind of a funny thing. Last year I did Ring of Honor, Impact and WWE all in one year. This year, no one knows this because it never aired, but I was flown to the Performance Center to film a segment on Backlash during the Street Profits and Viking Raiders match that just never made it to air. It’s just we just never got to film it because we ran out of time and the weather was not in our favor. It just started sideways raining out, so we didn’t get to shoot any of that segment. I would have been the first person to, once again, do … This year would have been AEW, WWE and Impact. Even though the WWE thing didn’t happen, I was still kind of the first crossover between Impact and AEW.”

On the origins of him appearing on AEW Dynamite in the “Inner Circle Slays Las Vegas” segment:

“Chris and I have been buddies for a decent amount. He literally texted me. He goes, ‘Hey, are you traveling?’ I said, ‘I would love to be.’ He said, ‘Okay.’ He goes, ‘We have this really crazy idea. I’d love you to be part of it. We’re essentially doing a [The Hangover]-esque sketch.’ I said, ‘Let me guess, I’m the baby?’ He goes, ‘You’re the baby.’ I said, ‘Perfect.’ I said, ‘This couldn’t be more fitting’ as to anyone who knows me outside of the ring closely that I fit that part in the Hangover sketch very well. I was flown to Las Vegas to film it. We filmed. I went to Caesar’s Palace to the actual Hangover suite, which they being like all of us, me being a hangover fan, it was pretty awesome. We filmed in the suite. I was there for an hour for an eight-second thing. Then I flew home that night, so I was literally in Vegas for less than 12 hours. We filmed the whole thing, it was pretty awesome.”

On the origins of his “AJ Swoggle” appearance for IMPACT Wrestling On AXS TV:

“This all started out last year at Starrcast when I joined onto Ron Funches’ stand up show. It was pretty funny. It’s something I try to dabble in more and more, stand-up here and there…. Then there was a picture of me from that on stage with my lovely locks flowing. Someone posted and said, ‘AJ Styles reportedly at Starcast.’ It just started making the rounds. Then this was the brainchild of Scott D’Amore, where he literally saw that picture and said, ‘I need that.’ Especially the Good Brothers there now. He goes, ‘I need AJ Swoggle.’ Yeah, I’ve been doing stuff with Impact. I [was] kind of introduced [during] the Tommy Dreamer and Brian Meyers feud. Then I had a singles match with Brian Meyers that I’m crazy proud of. He’s my best friend in the world. Him and I, in front of no crowd, we still had a banger of a match. He made me look like a million bucks. That just proves even more how amazing of a performer Brian Myers is to make me still look good. Then we did me as AJ against Ethan Page and it was just fun. It was just so fun. Ethan Page is a guy that I’ve gotten really close to in the past couple of years, great performer with a unreal future ahead of him, I have a feeling.”

On whether or not AJ Styles reached out to him after the segment aired:

“No. Karl and I were just laughing about it because it was just silly. We got to the match and then Karl goes, ‘Yep, AJ’s going to like this one.’ He hasn’t reached out yet. I don’t know if he would, but I would hope that he would take it … I have a feeling he would take it as a complete nod to him and nothing more than that, obviously. He is, top to bottom, the top performer in the world, bar none. He’s been that for years. He’s amazing. He truly is. He’s my son’s favorite, like I said, so my son loved it. At 10 years old, he just was dying that I got to be AJ Styles on television, so that was pretty cool.”

Check out the complete Dylan “Hornswoggle” Postl interview, or at ComicBook.com.