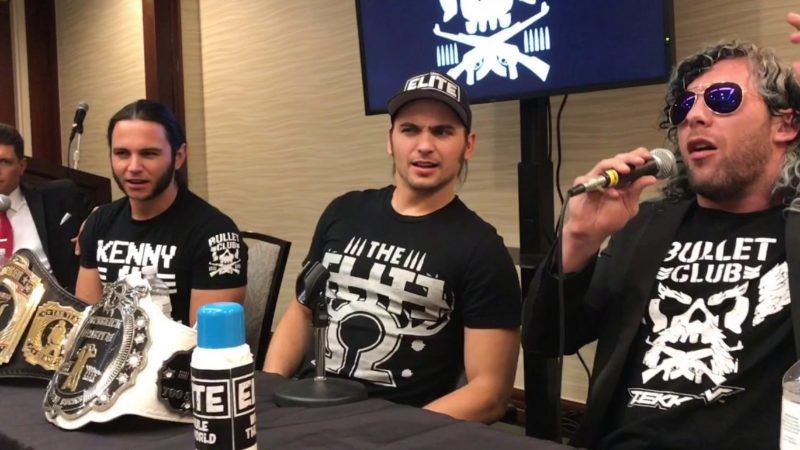 The original Elite trio of Kenny Omega and The Young Bucks represented AEW on Chicago Comic & Entertainment Expo and during a panel session, they gave us some ideas about how they will be operating their company.

Nick first talked about their touring schedule, saying that they will be a touring brand but their schedule won’t be as hard as WWE since a lot of their talents have families.

When asked about their TV Deals, Kenny said that there are things that have already been put into motion but it doesn’t mean that they can’t be expanded upon:

“There are things that have already been put in motion [with the TV deal] that can’t be stopped, but that doesn’t mean that they can’t be expanded upon, that doesn’t mean that they’re limited to that. I’m still looking at some crazy things to benefit the company and just to keep things interesting and lively. We still will welcome any cool ideas and feedback from the fan base because, really, it’s for you guys in the end.”

Apart from this, they also talked about the contracts AEW will offer, saying that eventually, they’ll have a full-time schedule but until then the contracts will be different from talent to talents since many of the guys are young and they wouldn’t want them to catch ring rust.