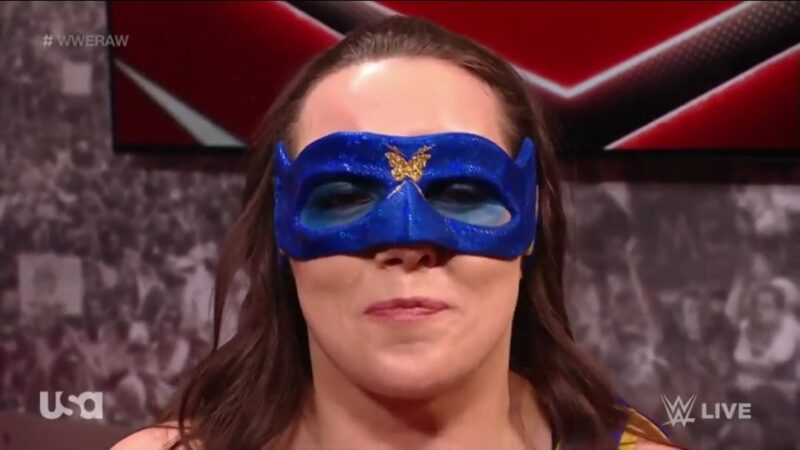 This Monday’s edition of WWE Monday Night Raw was one for the ages as it hosted the first ever Hell in a Cell match on the program in nearly twenty-five years. During the show tonight, one top female WWE star – Nikki Cross, debuted a new look to the WWE universe. In a new superhero-inspired getup, Cross stated that she represents everybody before teaming with the sadistic Alexa Bliss against Nia Jax and Shayna Baszler. Nikki Cross was ‘stunned’ by this recent WWE release.

This development gathered the attended of former WWE Cruiserweight Champion, ‘The Hurricane’ – who was WWE’s resident superhero for several years. Taking to social media via Twitter, Hurricane Helms stated his quick thoughts on the new-look Nikki Cross by stating: “HERicane”.

Several members of the WWE Universe and wrestling fans alike took to the ever-popular Squared Circle sub-reddit to discuss Cross’ new character development. One Reddit user named EchoBay: stated: “It can work, but the direction will be key here. Obviously we had The Hurricane before, Molly Holly, and also Super Eric Young in TNA. The key is realizing it’s silly and playing into it. If she actually tries to inspire people and send a good message, that’ll kill it instantly. Like what this promo was doing. Go away from all of that. Just let her be goofy and there’s a shot it can work.

While i_broke_wahoos_leg said: “But it begs the question… why? Yeah, it can work. Anything can work. But it’s still not a good idea. The odds of it being a good move for her are slim and any success is likely to be despite how bad the idea is. So maybe instead of making her push shit up a hill they could give her something good to work with from the start. Crazy idea in this company, I know.”