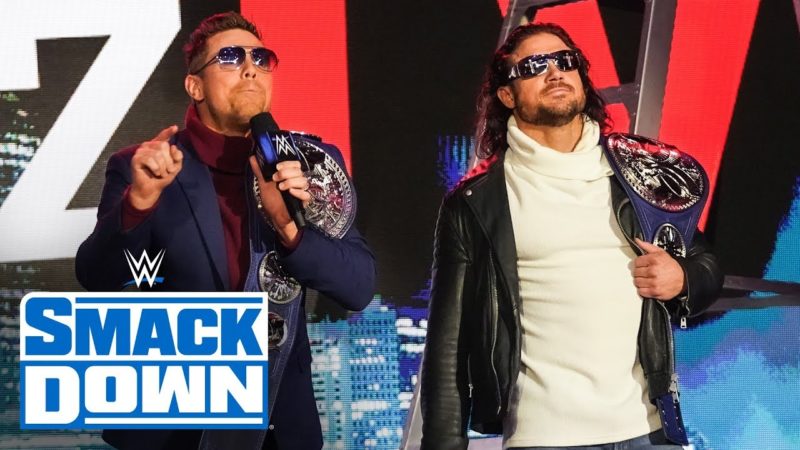 On SmackDown, Miz and Morrison stood above their challengers after laying them out with ladders. Sadly, the Usos and New Day won’t be able to get their hands on the A-Lister at WrestleMania.

WWE revealed on The Bump that The Miz suffered an injury during the brawl last night. Instead of canceling the SmackDown Tag Team Title match, however, the company came up with an interesting decision.

After last night's #SmackDown melee, @mikethemiz is now unable to compete at #WrestleMania.

John Morrison will defend the belts in a Triple Threat Ladder Match against Jimmy Uso and Kofi Kingston. While it’s tough to see the match changed, it’ll be entertaining nonetheless. After all, three incredibly athletic flyers in a ladder match? That’s a recipe for success.