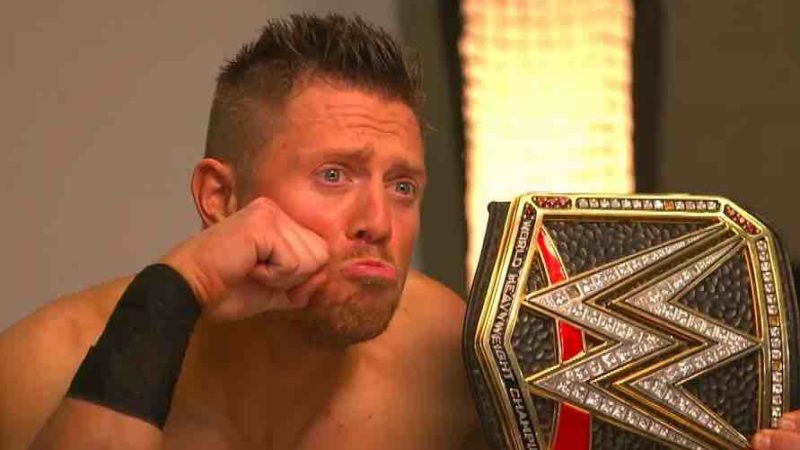 The Miz will challenge Bobby Lashley for the WWE Title on Raw tonight, and he’s pushing for more. Two-time WWE Champion The Miz spoke to Liz Lora of The Rush for Yahoo Sports to discuss his plans moving forward after losing his WWE Championship to The Hurt Business member Bobby Lashley last week in a Lumberjack Match on WWE Monday Night Raw. Those plans? Setting his sights on none other than international recording artist – Bad Bunny at WrestleMania. Bobby Lashley became the third African American to win the prestigous championship. The Miz made the following remarks. Goldberg recently reacted to WWE ‘burying’ The Miz.

“Bad Bunny has been visiting Monday Night Raw quite a bit, to be honest, and he’s a 24/7 Champion,” Miz said. “I mean, he is the biggest recording artist in the world right now. My best advice to him is stick with what you’re good at because if you step in the ring, and you get on my nerves, I’m gonna punch you in your jaw, and it’s gonna break, and guess who’s not gonna be able to do his recording anymore? It’s gonna be Bad Bunny.

In other news regarding the Miz, WWE’s resident ‘A Lister’ may no longer be WWE Champion but prior to losing the Championship he spoke to CBS Sports to discuss how past failures have given him confidence moving forward. The Miz stated the following.

“Now, I have the confidence. I had confidence 10 years ago, but the knowledge I’ve learned through my failures — I always say my failures taught me more than all of my successes. Through all my failures and successes, I’ve been able to learn and absorb what I needed to get back to where I am today. Now, I am happy, confident, ready and well-prepared. I just want to make sure that everybody knows that every time Raw comes on the air, it is the most must-see show and that things are happening and there are times you won’t know what is happening, but you want to see what happens next. That’s what makes a great show awesome.” This former WWE Champion reacted to this title change surrounding The Miz.