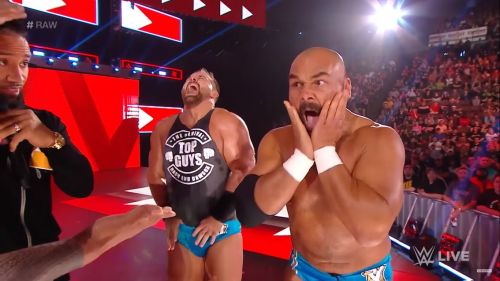 The Revival were granted their release last month. They changed their names to Cash Wheeler and Dax Harwood following their WWE departure. They have yet to officially change their name to The Revolt, but the Fear The Revolt merchandise might have given fans the idea that they were going to do so.

There was some controversy regarding The Revolt name. Caleb Konley and Zane Riley already go by that name in the independent circuit. The two teams were actually familiar with each other as they both started their careers in similar areas of the Carolinas. It seems they have taken legal action against the Revival. According to a report by PW Insider, they have sent a 10-page cease and desist letter to The Revival.

“The Revolt are well-known in the independent professional wrestling circuit and are the current PWX World Tag Team Champions.   Mr. Burnett and Mr. Riley sell a range of Revolt-branded merchandise including t-shirts, hats, and DVDs, as shown in Exhibit B. The Revolt has been their passion for years and they have literally put their blood and sweat into building The Revolt brand and connecting with their fans.”

Dax Harwood and Cash Wheeler have yet to make their debut in any other wrestling promotion as of yet. While there have been teases of them possibly going to AEW, nothing is concrete.