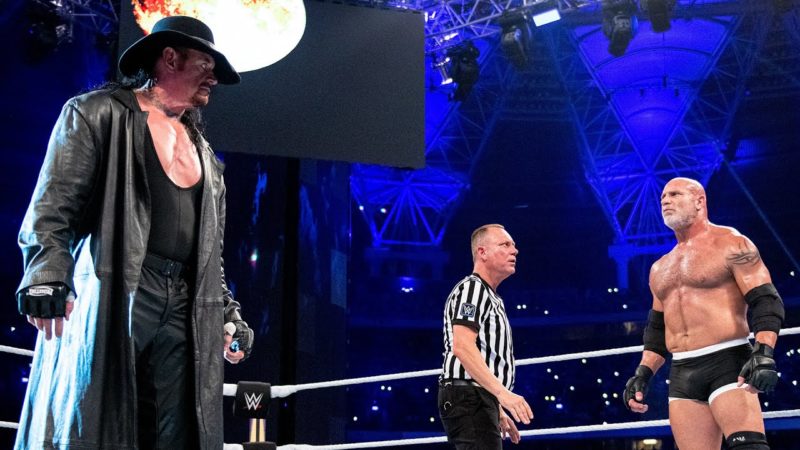 The Undertaker squared off against Goldberg in Saudi Arabia in a dream match that turned into a nightmare according to many fans. In the latest episode of The Last Ride, he discussed the match.

The Dead Man did not have the kind of match he could retire to at WWE Super Showdown. Despite his victory, it felt hollow and meaningless to him.

WWE gave a preview to the next installment in the Last Ride docuseries, where he revealed how hard it was for him to accept how the match ended.

The Undertaker said that after the match, he was really dejected and upset with the results. He added that both he and Goldberg were very disappointed after the match.

His wife Michelle McCool knew that it “crushed” Taker to have that sort of match.  Goldberg also dropped The Undertaker on his head when he performed a botched Jackhammer. To Taker, the botched Jackhammer was very close to being a mistake that could have had severe repercussions.

“It’s just like, wow that was really close to being catastrophic,” The Undertaker remembered. On the flight home, the Dead Man started to wonder if him continuing to compete could mean risking a permanent injury.