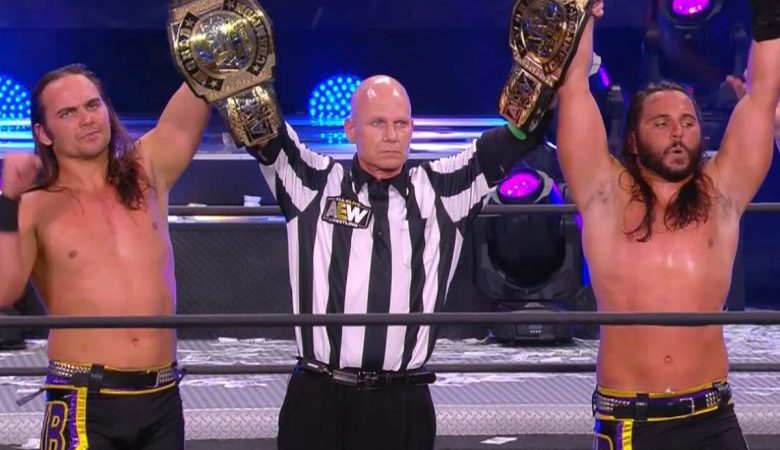 Dax Harwood seemingly hurt his hand early on in the match and he had it taped before making it back to the match. His hand continued to bleed throughout the match. Both teams gave it their all in order to come out on top.

Matt Jackson sold his ankle for the entire duration of the match as he was not able to execute some of his signature manoeuvres. With plenty of near falls in the match, it was a very close match.

The final moment of the match saw Matt Jackson hitting a massive superkick on Cash Wheeler and he pinned him for the three count.

The Young Bucks are now the new AEW World Tag Team Championships. Keny Omega also came out and celebrated with them.